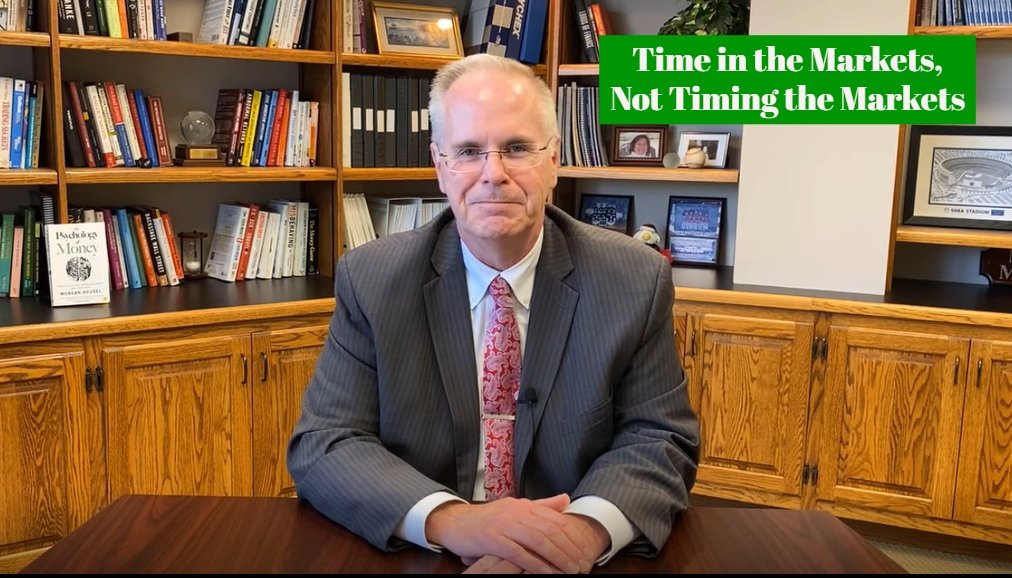 In episode 259 of the Mullooly Asset Show, Tom puts numbers behind the phrase “it’s about time in the markets, not timing the markets”.

He illustrates how missing even just a handful of days over twenty years can significantly impact your returns.

Be sure to check this one out!

I first heard this nearly 40 years ago from a gentleman named Nick Murray. And if you’re in the industry, you know that name, he’s the advisor to a lot of advisors. He always has some of these great lines like, “It’s about time in the market, not timing the market.” He’s a great guy. You should look him up. That also ties in well with another line that I learned very, very early in my career, and that is, “Sometimes bulls make money, sometimes bears make money, but pigs get slaughtered.”

Tom Mullooly: So to those who say, “Hey, the market’s too high right now. I’m going to wait,” or, “I’m waiting for a pullback to put money to work,” or, “I just want to wait. I want to make 10% and go to the sidelines,” or, “I want to be nimble moving in and out of the markets,” I have some news for you.

They usually happen the day after or close by the 30 worst days in the market. And so it’s far, far simpler to just stay invested than trying to time the market. Again, I’ll say it like I did at the outset of this video. It’s about time in the market, not timing the market. Charlie Munger from Berkshire Hathaway put it another way, which I think is an excellent way to remember it, “Don’t interrupt the compounding.” That, my friends, is the message for episode 259. Thanks again, for tuning in.