If you’re a football fan, like I am, you know that the Green Bay Packers suffered a major blow to their season last Sunday.  The Packers star quarterback, Aaron Rodgers, suffered a broken collarbone early in Sunday’s game, and will most likely miss the rest of this season.

The Packers went from being a serious playoff contender, possibly even Super Bowl contender, to wondering how many more games they will win this year.  A complete ‘180’ in terms of expectations for this team happened on one single play.

After hearing about the injury, I was initially very excited I did not have Aaron Rodgers on my fantasy football team this year.

It got me thinking though.

It seems crazy to me that a team places so much emphasis on just one player.  In a sport where players get hurt on almost every single play, it seems foolish to have so much riding on just one player staying healthy.

That’s almost where the Packers are right now.  Their season is in jeopardy after losing just one player.  Yes, he is a very, very good player, but it still is baffling to me.

Take a team like the New England Patriots for example.  They have a quarterback, Tom Brady, who is arguably the greatest football player of all-time.

Think back to 2008.  Tom Brady got hurt in the very first game of the season, and Matt Cassel had to come in and play quarterback.  The Patriots went on to finish 11-5 that year, and became the first NFL team since 1990 to win 11 games, and MISS the playoffs.  Given the circumstances, it was consider a good year for the team.

The Patriots were able to continue to win games after their franchise quarterback went down because they had a strong system in place.  If one person goes down, the next steps in and doesn’t miss a beat.  Granted, we have only seen a few quarters of the Rodgers-less Packers, but as of right now it doesn’t seem that way for them.

I know what you’re probably thinking at this point: “Tim you’re an investment advisor, not a GM for an NFL team.  What does this have to do with anything?” 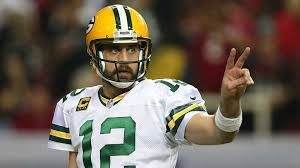 Well, it also got me thinking about investments as well.  A strong team like the Patriots can be easily equated to a strong diversified portfolio.  Think about your own portfolio for a minute.

Is there one singular mutual fund, stock, ETF that is carrying the portfolio’s performance every year?  If that one investment stopped performing, would your portfolio crumble like the Green Bay Packers?

Wouldn’t it be better if your portfolio were a cohesive unit that ebbed and flowed towards your ultimate goal?  Covering the number of different equity factors and sizes available like small, mid, or large cap, as well as momentum, value, and other factors will give your portfolio a more well-rounded approach.

In any given year, we do not know which market factor or size is going to perform the best or worst, and that’s okay.  By consistently owning a diversified portfolio, including potentially bonds, international equities, and other asset classes, it’s a team approach.  When one under-performs, others around it can pick up the slack so that your portfolio can still “win the game”.

In summation, don’t let an injury to your portfolio’s ‘Aaron Rodgers’ affect the outcome of your ‘season’.  Having a diversified portfolio is a great way to reduce the impact of one potentially damaging investment, and it will ultimately help the portfolio run smoother.

I wish the Green Bay Packers the best of luck moving forward, and hey, at least they STILL look more promising than my New York Jets.