Time for a Correction in the Market?

A client wrote in and asked, “Do you think the market is due for a correction?”  Here was my reply:

Short answer: Are we due for a correction? Probably. 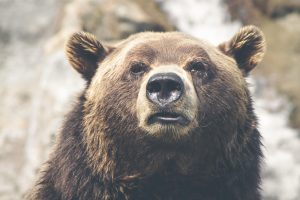 We have had two drops this year of three percent each. That’s it. And the way my charts and my indicators look, this is completely in line with my expectations. It is possible we may go the whole year with very few bumps along the way.  Or things can go completely haywire at any given moment.  After all, we are entering mid-October.

Which is why I wrote (back in July) “5% is the new 20%.” (you can click the link to read it). Meaning, the next time the market falls five percent, it’s going to feel like a massive twenty percent drop for many folks who are caught unaware.

In fact, the last time we had a “bear” move (20% down) was in July-August 2011, and technically some folks don’t even count that, since (using daily closing prices) we were down 19.8%. But we were down over 20% and while it was frightening, it turned out to be one of the single best opportunities to buy.

Something else I’ve been making clear to folks: everyone hangs their hat on the Dow Jones and the S&P 500.  But do you own the 30 stocks that make up the Dow? No, you probably do not. And you might own a few funds that “resemble” the S&P500, but not everything in your account matches the exact composition of the S&P 500 Index.

Many individuals have accounts skewed more toward mid-cap stocks and small-cap stocks. Historically these groups post better returns, but carry more risk and (often) more volatility than the big mega-cap stocks that make up the Dow Jones. For the record, midcap and small cap stocks were down over 25% from August 2015 through August 2016, a true bear market.

But that news gets hardly any mention at all.