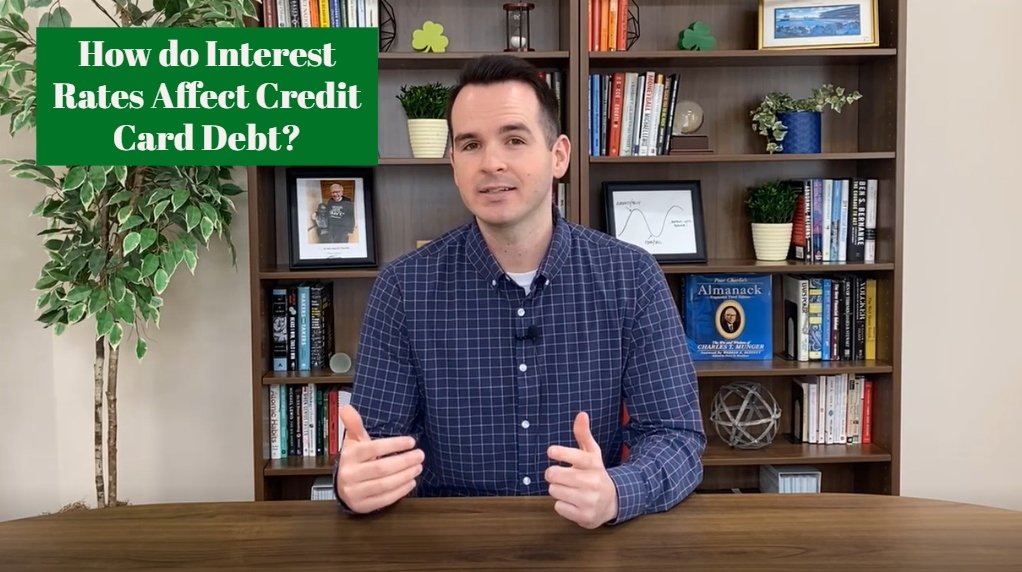 Credit card users can expect to see increasing rates sooner rather than later.

As the Federal Reserve increases their benchmark interest rate, banks are wasting no time in passing that through to consumers.

In this week’s video, Casey offers guidance on how best to plan for and handle these rate increases!

Should We Be Worried About the Yield Curve? – Mullooly Asset Podcast

**Click here for a full downloadable PDF of this transcript**

Casey Mullooly: In episode 286, we talk about getting the best bang for your buck. Welcome back to the Mullooly Asset Show. I’m your host Casey Mullooly, back with you here for episode 286. Thanks again for tuning in.

So big topic of discussion here in the office lately, in the financial media, with our clients has been interest rates are going higher. We had a good blog post that came out last week that kind of outline the trickle-down effects of where people can actually expect to see this rise in interest rates. So we’ll link that up in the show notes. We also talked about it extensively with all four of the guys on the podcast.

So that was a lot of fun, but two main areas where you’re going to experience rising interest rates are in your checking and savings account, and if you have outstanding credit card debt.

Casey Mullooly: Banks have been quick to pass on this rise in interest rate to their consumers. It’s been less than two weeks since the Federal Reserve decided to increase their benchmark interest rate. We’ve already seen rates on credit cards start to pick up.

According to Axios and Bankrate, the average credit card rate has increased. It’s actually edged up over the last 10 days or so to 16.35%, but we’ve yet to see any increase in the checking and savings account area, that has remained at historically low levels. It’s at 0.06% right now.

So it makes sense when you think about it from a bank profitability standpoint. The credit cards are big driver of that, while the checking and savings accounts don’t really move the needle. But it is not good news for people that have outstanding credit card debt. In another survey, which we will link to in the show notes, 55% of people that have credit cards carry a balance from month to month.

Casey Mullooly: So more than half of people that have credit cards are paying pretty high rates, and probably we’re going to see those rates get even higher. So if you have outstanding credit card debt, that has to be your number one financial priority. You have to pay that down as aggressively as possible. You’re not going to find a better return on your capital than paying down your credit card debt.

I know we talk about the importance of getting invested and putting as much money into your investment accounts and your retirement accounts as early and as often as you can, but you’re highly unlikely to find any sustainable rate better than 16.35%. That’s a guaranteed return on the dollars that you put towards that.

So, as we’ve seen here, banks are quick to pass on those rate increases to us, their consumers. So that’s the message for episode 286. Pay down that credit card debt as aggressively as possible because rates are probably going to move higher in the coming days, and weeks and months. So thanks as always for watching, we’ll be back with you for 287 next week.