Four Reasons Why Carlos Beltran Would Make a Good Advisor 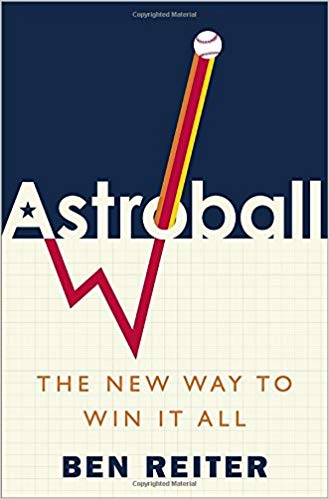 I just finished reading AstroBall, the story of how the Houston Astros baseball team was torn down and re-built from the ground up. Good story, quick read, and written by Ben Reiter of Sports Illustrated.

Reiter was the author of a Sports Illustrated cover story that predicted – in 2014 – that the Houston Astros would win the World Series in 2017.

That prediction was eerily accurate, three years ahead of time.

For me, the best part of the book was explaining how one of the final pieces needed to boost the Astros into contention was a veteran player – a clubhouse leader, someone who could not only lead by action, but also by direction. It cost them a fortune (compared to what the Astros were paying their younger players) but the $16 million invested in Carlos Beltran turned out to be a great bargain. This investment paid many dividends. 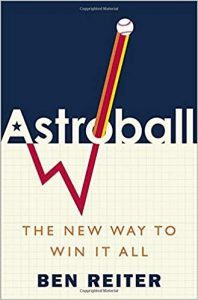 I learned a lot more than I originally knew about Beltran, having watched him play for the Mets (and later for the Yankees).  And I believe Beltran will make a great manager some day (he interviewed for the Yankee job after last season).  But I feel Beltran would also make a good investment advisor as well.  Here’s why:

First, Beltran had a lot of experience, and good success. But it is in the WAY he achieved his success that’s impressive. Early in his career, Beltran took notes on himself, and studied a lot of video tape on his swing.  But once he figured out the flaws in HIS swing, he started scrutinizing the opposing pitchers.  Beltran watched more and more video pitchers and starting compiling notes, upon notes, upon notes.  He eventually knew what pitchers would throw, and when.

Second, he shared his discoveries with his teammates. Beltran became a coach on the field and in the dugout, and shared his knowledge freely with anyone willing to listen. This selfless giving of his wisdom is important. Advisors meet with clients (and prospective clients) all week long, imparting knowledge not only to show their knowledge and experience, but also in an effort to help others. If an advisor got into this end of the business primarily to make money, they are at the wrong end of the train. And that will be obvious to many.

Third, Beltran was a communicator. When Beltran came to play baseball in America, he always stood at the back of the line. Beltran did this so he could watch and mimic the other players. He wasn’t at the back of the line out of kindness. He went to the back of the line because he could not speak ANY English, and could not understand the coaches.  Some of his early interviews in his career were brutal to watch as he struggled with the language.  Beltran was always last in line so he could watch what the others were doing, in an effort to learn. And he knew that other players coming from Latin America were going through the same hardship of not knowing what in the world these coaches were screaming.  Beltran worked very hard to learn the language and that also helped him relax as a player.   As advisors, it’s easy to get caught up in speaking the language of our own industry.  Unfortunately a lot of investors don’t understand what we are saying to them!

When Beltran arrived to the Yankees, he noticed they had three players from Japan, along with three translators.  But there no translators for the players who spoke Spanish. Beltran approached Brian Cashman, General Manager and had that addressed.  Very few other teams were even aware of this problem.

Fourth, Beltran was a uniter. In the Astro clubhouse, there were 17 American players and 7 other Spanish-speaking players. And, like in most clubhouses around the league, the Americans hung out together and the Spanish speaking players stuck together.  There was very little mingling or crossing the lines. If a team (or if you and your advisor) are going to succeed, everyone has to be on the same page. 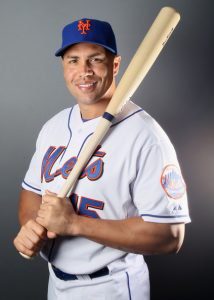 So, when an English-speaking player would approach Beltran for some help on hitting or ask for tips about the opposing pitcher, Beltran would answer them in perfect Spanish. And then, while they were still confused, then he would answer them again, this time in English. Eventually, he got everyone in the clubhouse to speak a broken kind of language (a baseball form of Spanglish?) that got everyone on the same page all season long.

You should look to work for an advisor who has good knowledge in his area of expertise, someone who can freely share that knowledge without strings attached (or commissions), can communicate clearly the concepts (as well as the details) in a way that can be easily understood and you should work with an advisor who is clearly on the same page, helping you define and move toward your goals.

PS: As we are all Met fans here in the office, did you think we would post of photo of Carlos Beltran in ANY other uniform?