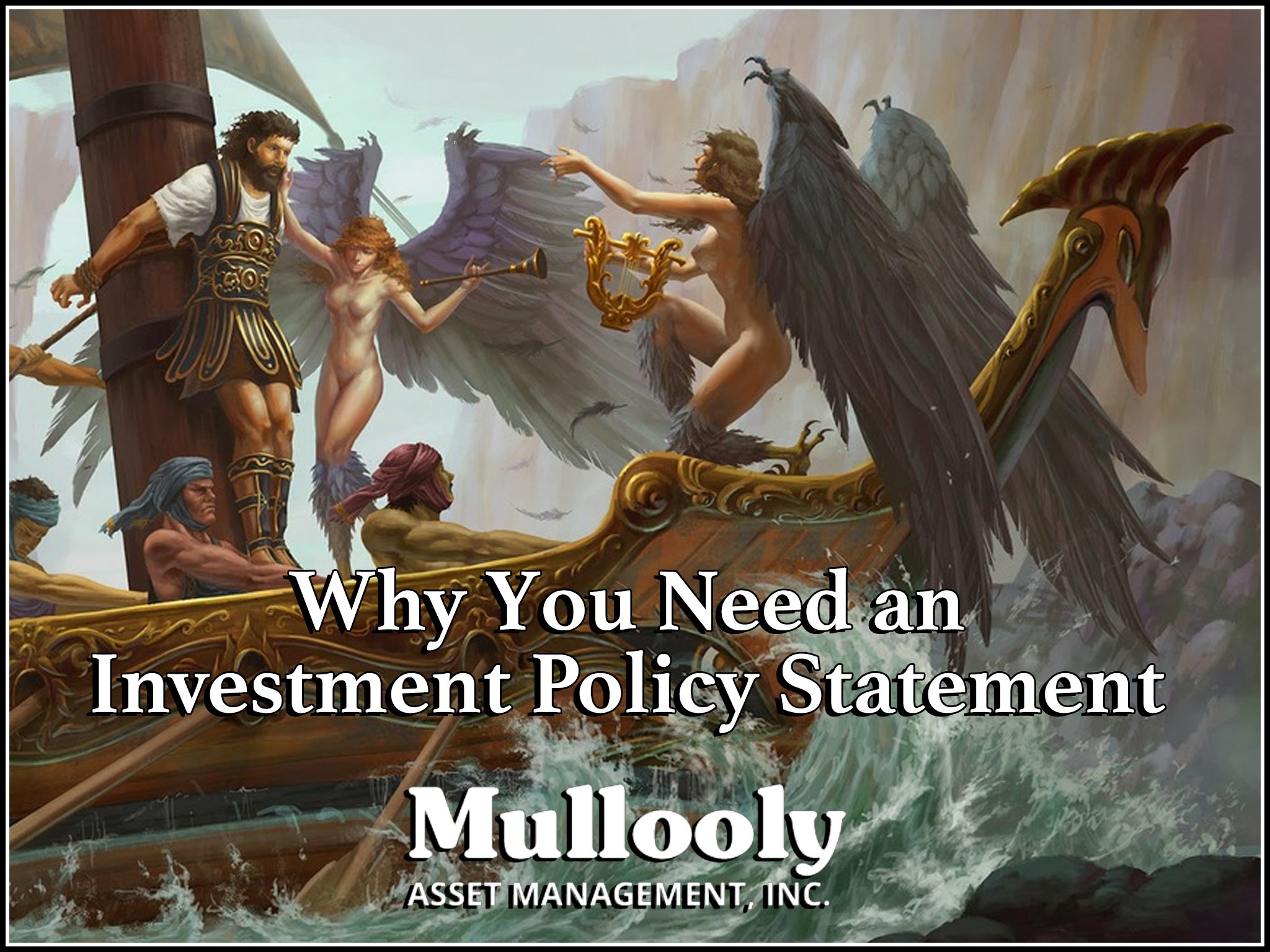 Creating a portfolio without making an investment policy statement means failing to acknowledge that investing is an emotional endeavor.

For those of you who don’t know what an investment policy statement is, let me begin with a story:

In Homer’s epic, The Odyssey, the hero Ulysses must sail past the Sirens to reach his home. Sirens are monsters who pretend to be beautiful women with amazing voices. They frequently lure sailors off course and kill them. Ulysses is forewarned of the test that lies ahead for him and his crew, and formulates a plan.

His men stuff their ears with beeswax so they cannot be tempted by the Sirens’ song. Ulysses is desperate to hear the infamous song, but realizes that it is likely to cost him and the crew their lives. His compromise is to have his men tie him to the ship’s mast, and promise not to release him under any circumstances.

The Sirens and their song are just as alluring as anticipated. Ulysses is enamored by their charm. Despite his relentless struggle to be released, the crew fulfills their promise. Ulysses is left tied to the mast and the crew rows them to safety.

By recognizing during calmer times that he might later react poorly, Ulysses was able to create a framework to ensure that chaos did not prevail. In modern times, we sometimes call decisions like these Ulysses contracts.

An investment policy statement is a good example of a Ulysses contract. It clearly defines what investments are for, when the money is likely to be needed, and what the guiding principles will be in the interim. An investment policy statement is the embodiment of a calm, rational you who will need to remind a hysterical, irrational you what your priorities are at some point in the future. 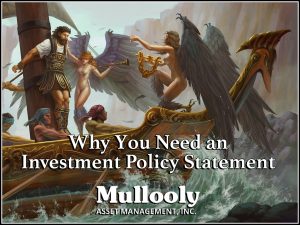 Creating an investment policy statement involves a bit of an ego check. We’re essentially admitting that we’re going to lose our minds at some point in the future. However, recognizing that behavior is likely to be a huge component of future investment success or failure is simply realistic.

The tricky part is that an investment policy statement, or any Ulysses style contract for that matter, is worthless without the acknowledgement that its existence is necessary. If we don’t actually believe our future behavior might be an issue, it’s highly unlikely we’ll abide by any guidelines we create.

It’s very easy to give lip service to the idea that investor behavior matters, but it’s another thing entirely to recognize that it’s personally applicable. Investor return statistics refer to us, not them. Earning market returns is no walk in the park. If it were, then everybody would do it with ease. There’s no shame in setting some guiding principles for yourself at the outset of your journey.

The mere existence of an investment policy statement isn’t magic. As Annie Duke wrote in her excellent book, Thinking in Bets: “In most situations, you can’t make a pre-commitment that’s 100% tamper-proof. The hurdles aren’t necessarily high, but they nevertheless create a decision-interrupt that may prompt us to do the bit of time travel necessary to reduce emotion and encourage perspective and rationality in the decision.”

When push comes to shove, we can always override an investment policy statement. That’s why creating an IPS is only the half of the equation. We have to believe in the reason for its creation to give it real value. This is easier said than done. However, I’m certain that it beats making emotionally charged decisions with your money in the heat of the moment.