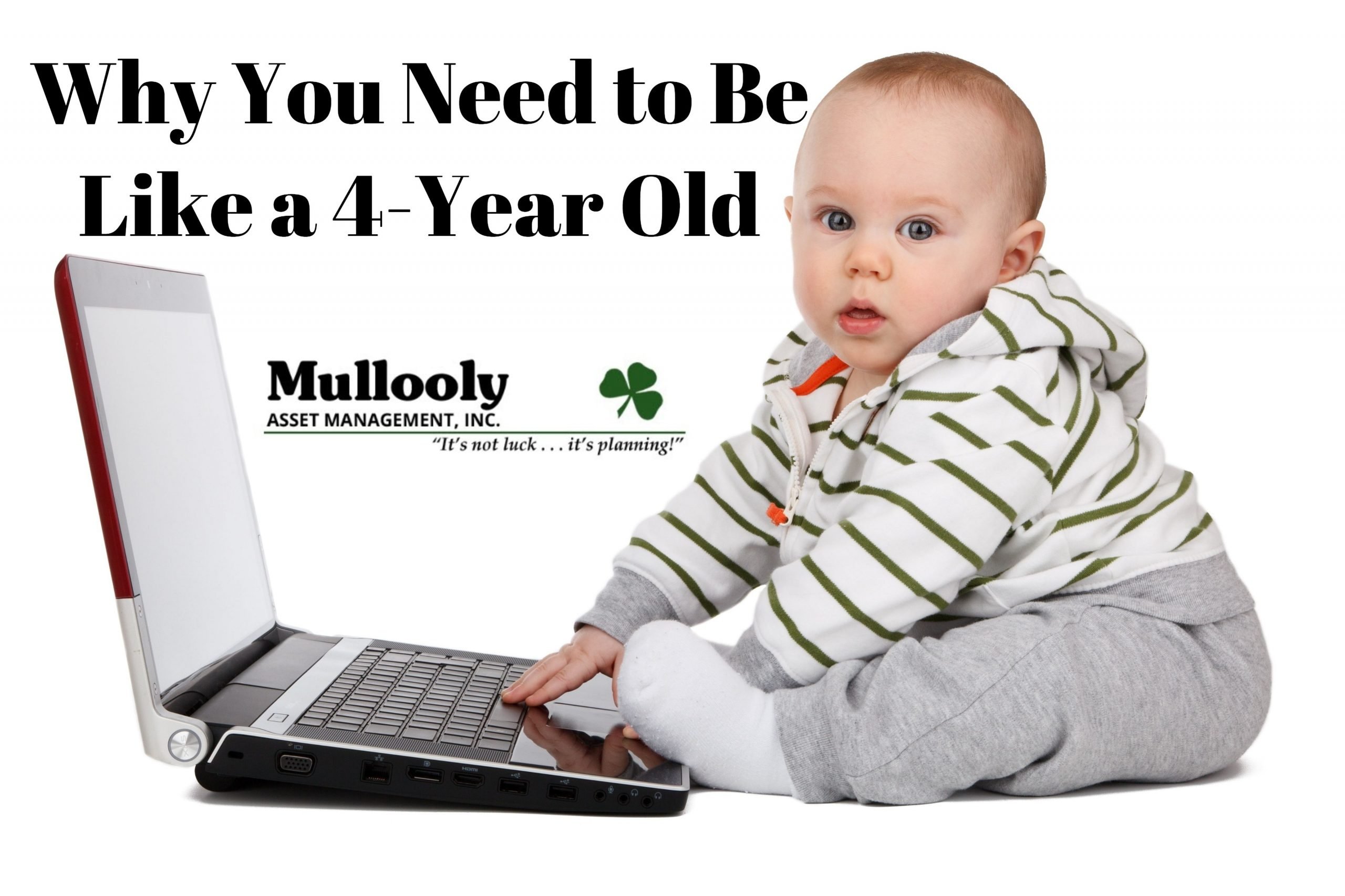 To become a successful long-term investor, you have to be like a 4-year old.  Let me explain.

In 2016, Swiss-born philosopher and author Alain de Botton wrote an opinion piece for The New York Times titled, “Why You Will Marry the Wrong Person”.  Naturally this title ruffled a few feathers, and sparked a lot of controversy in the comments from people who disagreed.

I came across a talk de Botton gave in a YouTube video published in 2017 where he further explained the article.  There were a number of fantastic quotes that could have related to finance and investing, but I really honed in on one in particular.

When it comes to love, de Botton says we need to reach a point of “true psychological maturity” when we can understand that anyone you love will be some kind of mixture of good and bad. 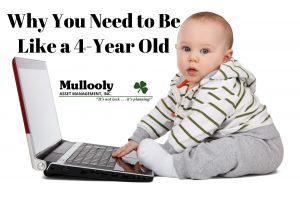 He backed this up by citing a study done by psychoanalyst Melanie Klein that is now called the Object Relations Theory.  In short, the theory states that babies and toddlers don’t realize their mother or father is one person until the age of about 4 years old.  Until that point they split the character into two separate characters: the “good” mother and the “bad” mother.

At around 4 years old, the child is then capable to realize that their parent is one person, and that they can simultaneously love them while hating them.

De Botton went onto to say in his talk that there comes a point when every person must say “I love someone AND I hate someone, and that’s okay!”  The key to any lasting relationship is realizing this fact.

Wait a second, I thought he said this was about long-term investing? – You right now, probably.

As we know, and have stated many times here at Mullooly Asset Management in the past, market returns do not move in a straight line and can be very lumpy.

If I told you that your portfolio would average 10% a year over the span of three years, would that be acceptable?  I’m going to assume that you said yes.

In the same vein as the 2 year old child who thinks there is a “good” mother and a “bad” mother, you would most likely think you had a “good” portfolio and a “bad” portfolio.

Being able to understand that a successful portfolio will have good AND bad years is paramount to any other investing concept out there.

Is it easy to come to grips with?  No.

Right now people are staring the “bad” portfolio in the face, and some want to jump ship.  Those who don’t jump ship and “love” their portfolio the way it is will have much higher chances of success in the long term.

Curious as to what some of the other comparisons to finance I pulled from de Botton’s talk about marriage were? Here are a couple:

I linked to the video above if you’d like to check out the whole thing.  It’s 22 minutes of super interesting stuff!