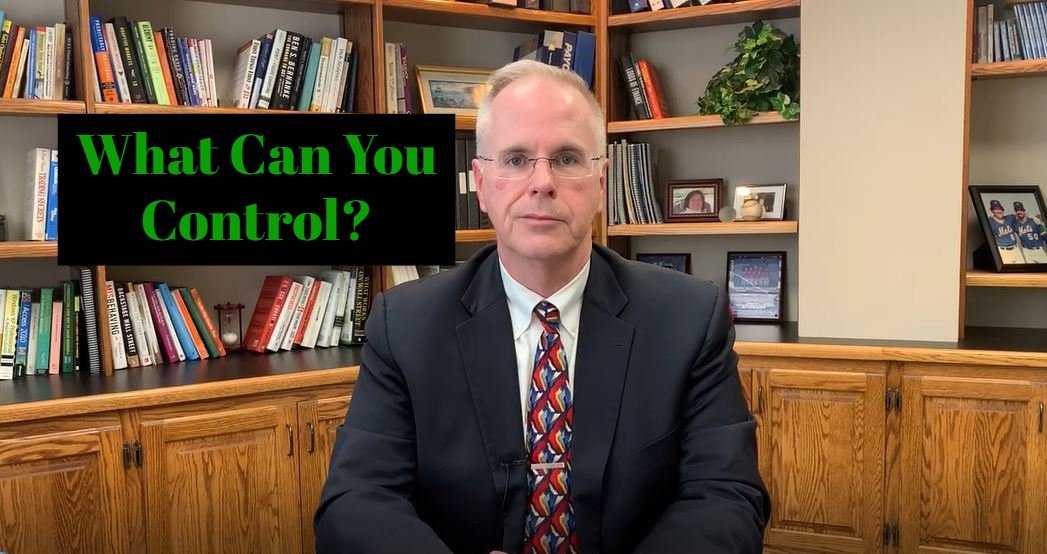 In Ep. 227 of the Mullooly Asset Show, Tom gives viewers a strong message for 2021: focus on what you can control financially. There is PLENTY that goes on each day out of our control, but we can control a few VERY important things in our own financial lives.

‘All At Once’ – Brendan Mullooly – Your Brain On Stocks

What Can You Control? – Transcript

Tom Mullooly: We’ve got a lot to cover in episode 227 so let’s hop right into it. Stick around.

Welcome to the Mullooly Asset show. I’m your host, Tom Mullooly. This is episode number 227. Thanks for tuning in.

Imagine that you and I have a DeLorean, we have a time machine. This was the topic of an article by Jason Zweig of the Wall Street Journal, and it echoes a video that we did back in August just a few months ago, episode 205. But imagine that you use this time machine to go back one year, to January of 2020, and you learn that there’s going to be a virus that spreads around the entire world, that it’s projected two million people in the United States are going to die from this virus, and the U.S. economy is going to stop for an unknown period of time. Now, also presume that you and I are the only ones who know about this. What would you do?

Most people would say, “Well, given that kind of information, I would probably sell all of my stocks or I would short the market”. But wait, let’s layer on top of that, a contentious presidential election. Understand that we can know everything about the future and we can know what certain events are going to do, but what we don’t know, whether we’re talking about the election, a pandemic, an economic slowdown, what we don’t know is how the market is going to react to these things. So you have to stay in the game. People saying that they want to just get out for, “I just want to sit this out until the election is over,” you’re making a huge mistake. Look at how much money you’ve left on the table. We calculated for a client the other day that we left a house for this guy on the sidelines because he wanted to get out.

We started getting calls about the election back in July. We’re recording this in January, we are still getting phone calls of this week about this. And we’ve talked about this contentious election in August in episode 205, in September, episode 212. We put multiple posts and podcasts up throughout October and into November about this. Look, the message is that the media and the news headlines are going to knock you off your game. They’re going to take the focus away from what you really need to be doing. They’re going to distract you and they’re going to tempt you into making the wrong moves. Don’t let that happen.

Look, I’m going to sound like my old man, focus on what you can control. And as far as what I can see, there are three things you can control as we’re talking about this. Number one, you can control your savings rate. In the past year, the CARES Act allowed people to dip into their retirement plan at work and take money out. I am astonished at the amount of money that came roaring out of these plans in 2020. That tells me that people were getting the message about long-term retirement, but their balance sheet at home, their cashflow situation, upside down. Needs repair. Control your savings rate or at least know what you can comfortably put away.

The second thing that you can control is having a proper allocation. We started getting calls over the summer, people asking us, “Why do we have all these small caps and mid caps? They’re not doing anything. We should just get out of them and go into the large cap stocks. They’re really moving.” Well sure enough, as soon as we started getting those calls, that’s when small caps started to wake up. Small caps had a good year in the fourth quarter. One of the small cap indices was up 33% in the fourth quarter of this year. It’s going bonkers. Brendan wrote a great piece about it, we’ll link to it in the show notes so you can read it. But you got to have a proper allocation because we don’t know when these things are going to catch fire and start to move.

So the first two things that you can control are your savings rate and your proper allocation. The third thing that you can control is, famous line from Charlie Munger, don’t interrupt the compounding. Look, if you want to have a day trading account, if you want to trade stocks at Robin Hood, go crazy. Do your thing. But do it in a proper amount that is relative to the size of your net worth. But for most of the money that we manage for our clients, it’s retirement, and so we have to make sure that we don’t interrupt the compounding. The worst thing you can do is try to be tactical with retirement money and zooming in and out of the market for whatever the news headlines are telling you to do.

Three things to focus on in episode 227. We appreciate you tuning in. If you’re watching this on YouTube, don’t forget to hit that red subscribe button. Thank you very much.