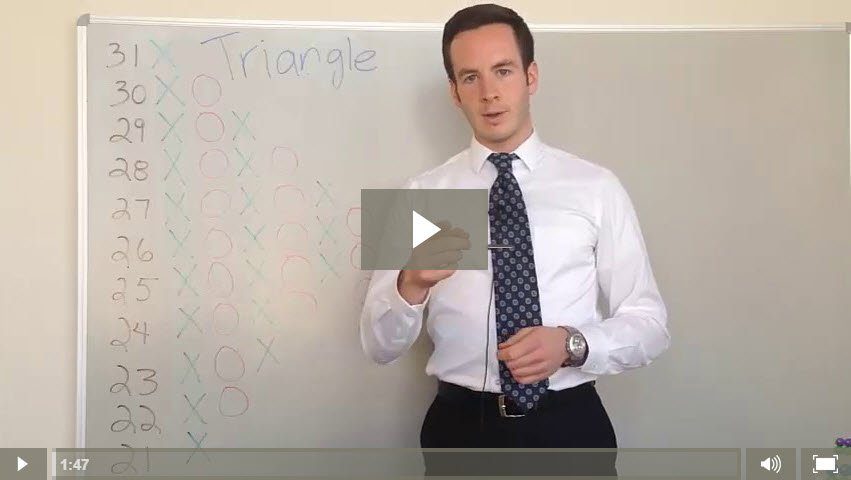 In this video, I explain the triangle formation. This pattern can be both bullish and bearish, which makes it particularly interesting. In point and figure charting, the triangle formation’s looks are true to its name. To put it plainly, you’ll be able to see a clear triangular shape on the security’s chart.

A triangle formation is the result of a hard fought battle between supply and demand. Decreasing demand is displayed through lower tops (columns of X’s failing to surpass those before them). Decreasing supply is displayed through rising bottoms (columns of O’s failing to surpass those before them). When this pattern continues for five columns or more, we have a triangle formation.

What makes a triangle formation bullish or bearish?

Our friends at Dorsey Wright and Associates have taught us that breakouts (in either direction) from the triangle formation tend to be “quick, explosive moves”. That’s why this is a point and figure pattern we like to keep an eye open for.

Learn more about the triangle formation by watching the video!