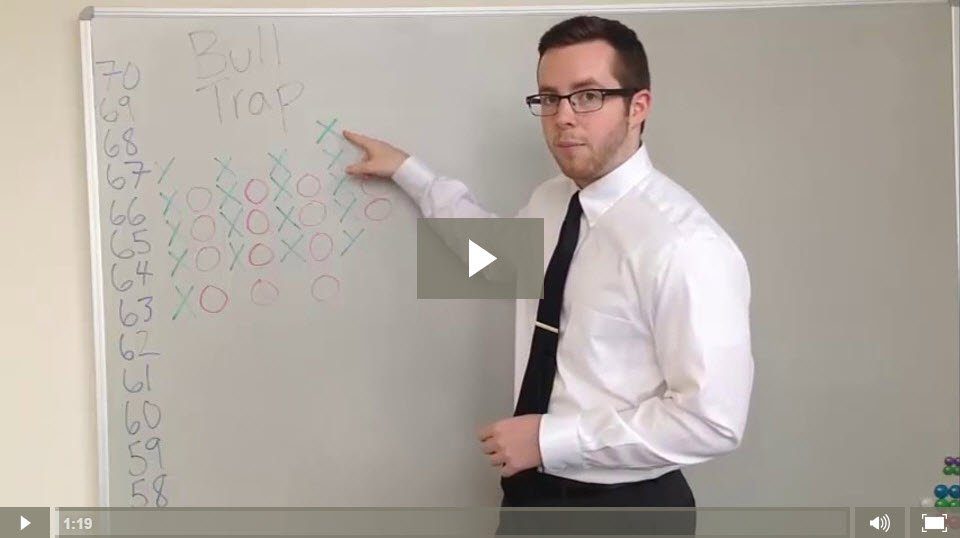 On this video, Tim explains a point and figure charting pattern known as the bull trap.

Steps of the Bull Trap Pattern

– Must form (at least) a triple top – additional columns are permitted, but not fewer!
– The security breaks above its top by one box – cannot be more than one!
– It reverses into a column of O’s before adding any additional X’s

This pattern is referred to as the bull trap because the bullish investors who bought the security on its breakout may have been duped. The immediate reversal to O’s shows renewed selling pressure, and hints that the one box breakout may not have been the powerful move we expected.

Be sure to watch the video to receive a great visual example from Tim!