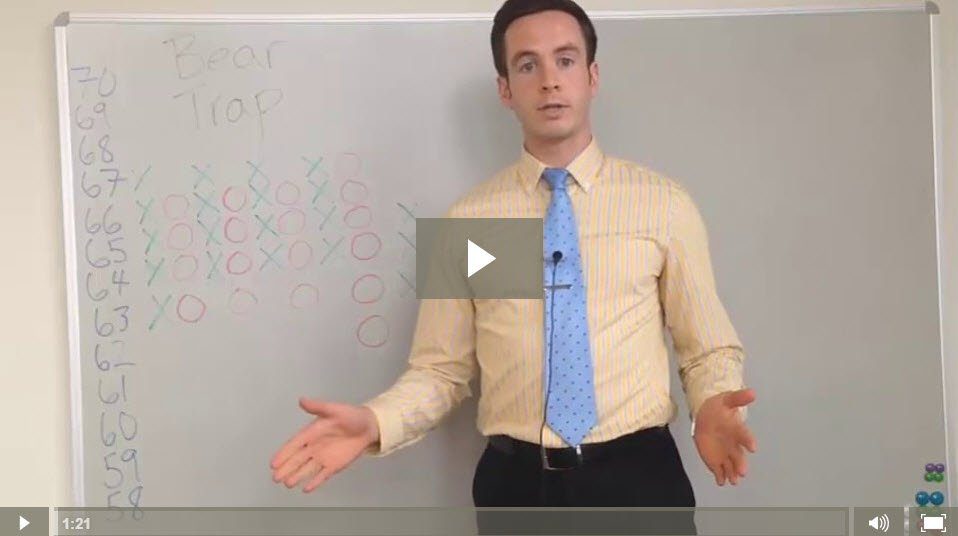 Recently, Tim explained the bull trap pattern. In this video, I describe the opposite of that pattern: the bear trap.

Steps of the Bear Trap Pattern

– Must form (at least) a triple bottom – additional columns are permitted, but not fewer!

– The security breaks below its bottom by one box – cannot be more than one!

This point and figure charting pattern is called the bear trap because investors who sold their position or took a short position in the security on the initial sell signal might have been too hasty. The moral of this pattern is to be patient and let the chart unfold before making quick decisions. We always say not to anticipate patterns or indicators when it comes to the charts.

Check out the video for an example of this interesting point and figure charting pattern!