Social Security Has Changed Throughout History 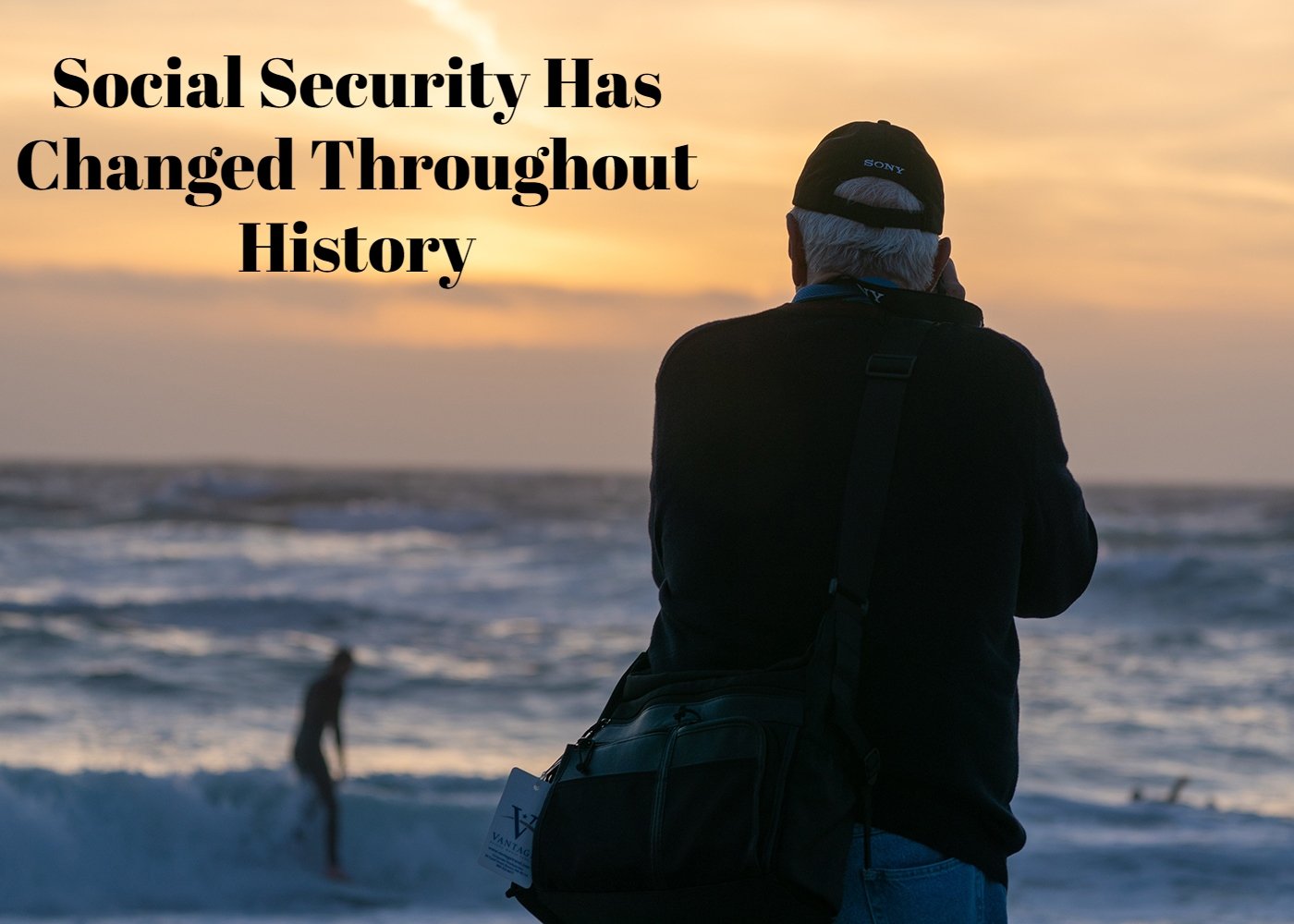 Planning for social security is an important part of building a financial plan. Folks work their entire lives, contributing to social security along the way. And then when it comes time to start taking it, some folks get nervous.

“How much can we trust it?”

“I heard it’s going to run out of money, shouldn’t we take it all while we can?”

Social Security Has Changed Throughout History

The pandemic caused many people to lose their jobs, which means less money coming into Social Security through payroll taxes. It also gave workers on the brink of retirement an extra push to retire fully. Which means more people drawing from Social Security. Two additional strains, on an already strained system.

In 2021, an average of 65 million Americans per month will receive a Social Security benefit, totaling over one trillion dollars in benefits paid during the year.

Demographics continue to shift as more of the baby boomer generation ages out of the work force. People are living longer, which means Social Security will have to support them for longer. These could be viewed as causes for concern.

So, what can we expect?

Between 1900 and 1930, the life expectancy in America increased by 10 years. Rapid urbanization and technological discoveries improved health care and sanitation in such a way that had law makers scrambling. And this was before Social Security was even created.

The first monthly Social Security check received was for $22.54. And today, the average monthly benefit is $1,544. There is something called a Cost of Living Adjustment (COLA) built into Social Security. But the COLA wasn’t added until the 1950’s, 20 years after the Social Security program initially began.

The cost of living adjustments are made automatically now, but they used to require Congress to make adjustments. The automatic adjustments didn’t happen until the 1970’s.

Social Security received a major makeover in the 1970’s because:

“The short-term problem was caused by the bad economy, and the long-term problem by the demographics associated with the baby boom. By their 1975 report the Trustees said the Trust Funds would be exhausted by 1979.”

Look, my point is that Social Security has faced problems before. Amendments have been made numerous times since the 1930’s, because guess what? THINGS CHANGE!

Is this time different? Who knows? But I doubt it.

65 million Americans rely on this program to fund their lives in retirement. Necessary changes will be made.

Also, as Ben Carlson recently highlighted, if 2020 taught us anything it’s that the Federal Reserve (the government) will pull whatever strings necessary to keep things on track. Tom has also stated this on numerous podcast episodes recently.

We’d also like to point out that for those who have the opportunity to plan and prepare, Social Security doesn’t have to be their only source of retirement income.

If your employer offers a defined contribution plan, such as a 401(k), 403(b) or 457 plan, the accumulated income in these accounts could supplement Social Security, especially if this amount has had time to grow. The earlier you start investing in these plans the better. It’s about time in the markets, not timing the markets.

But please be aware that distributions from a defined contribution plan are taxed as ordinary income unless they are Roth 401(k) or 403(b) accounts. Individuals are required to take minimum distributions at age 72, and any distributions before age 59 1/2 are subject to a 10 percent tax penalty.

We help folks all the time plan to draw down their investment assets and tap into Social Security in order to maintain their lifestyle in retirement. That’s what financial planning is all about.

Another option, like we wrote about last week, is to work in retirement. This doesn’t have to be the same 9-5 grind you did for 30 years. Work can mean something different in retirement and any money coming in will certainly help.

Having multiple sources of income in retirement is important. Saving money starting as early as possible and getting it invested in the stock market is a great way to pad your future retirement.

If Social Security is your primary source of income in retirement, then any reduction in benefit could present a challenge. But if history is any guide, changes to better fund Social Security will be coming at some point in the future.