What is Short Selling? 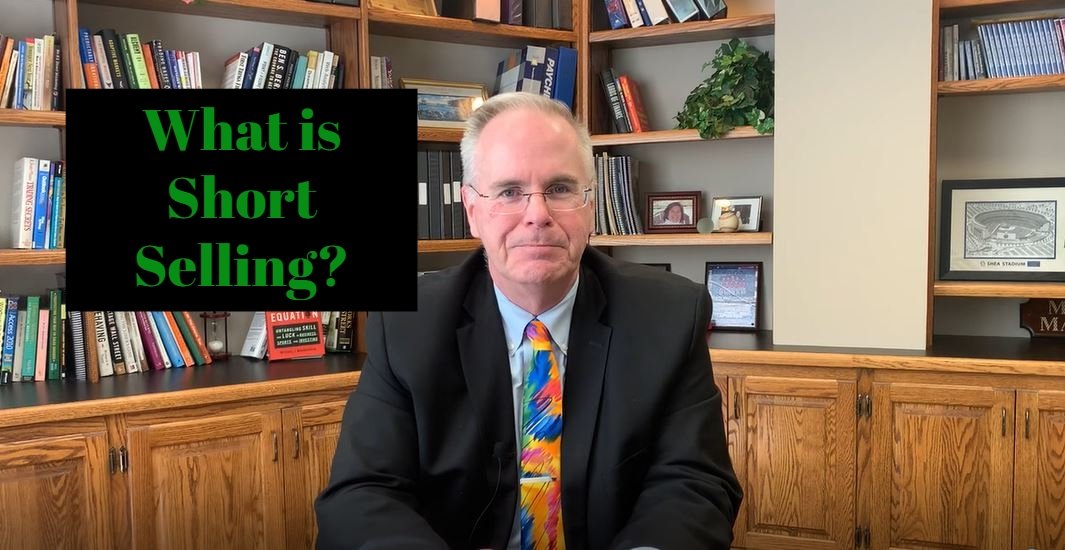 After the market madness of GameStop and other stocks this week, we talk about short selling in this week’s video. It’s important to understand the basics of what is going on.

What is Short Selling? – Transcript

Tom Mullooly: Hey, in Episode 230 we talk about short selling, since we’re getting lots of calls about it.

Welcome to the Mullooly Asset Show. I’m your host, Tom Mullooly. And this is episode number 230. Thanks for tuning in.

What is short-selling? What is that? Well, in a nutshell, it’s the opposite of buying and then selling. You’re actually selling and then buying. And we’re going to walk through this.

You sell it, and then you want to buy it back in the future at a lower price. So when you’re selling something short, you’re accomplishing the same thing as when you’re buying a stock.

You want to buy low and sell high, except you just did it out of order. You sold high, and you want to buy it back at a lower price.

Something very, very important to remember with short selling. Your risk with short selling is unlimited. So think about you sell a stock short at $7. If it goes to $300, as we saw this week, you’re responsible for that. So you need to stay within your margin requirements. And so it’s very likely, and I did this early on in my career, you’re going to see people getting margin calls on, if it’s an active stock, you’re going to get margin calls almost on daily basis. So you have to be prepared to throw more money into your account. So if the stock moves up, not really what you had in mind. You sell a stock short because you want it to go down. But if you sell a stock short and it goes up, you’re going to be to periodically put up money just to keep the margin maintenance, the margin requirement.

All of this brings us to GameStop. Remember GameStop? I don’t know if you’ve been to a mall lately or a local. We have one that’s around the corner from us in a strip mall. I don’t even know if they’re still there. GameStop, the company’s had a tough time with the pandemic. They’ve really struggled. A few weeks ago, the stock was $7. A research firm put out a report saying this is a stock that’s essentially worth nothing. So at $7 you can consider selling it short and the stock may wind up going to zero or a dollar or something like that.

And so hedge funds started to sell the stock short, and eventually the short position became more than a 100% So there is some naked short selling going on. Nobody really knows who is doing this, but it got the attention of some of these message boards. People are on there talking about how, “Hey, we can really stick it to some of these Wall Street Firms by buying the stock and if we keep the stock up at $7 or higher, then they’re going to have to put up more money. It’s going to turn into a loss for them. It’s really going to wind up costing them money.”

And that kind of fed on itself. So more and more people started buying GameStop shares. The stock started to come up even higher. There was an individual investor, one of the founders of Chewy actually took a very large stake in the company. Others started buying it. It started getting the attention. There are no fundamental reasons for GameStop to be moving the way that it has over the last week.

Well, a $7 stock soon became $20 and then became a $100. And in the last few days, it’s traded as high as $419 earlier today. So stock’s been all over the place. So what’s going on now? It’s a short squeeze. This is really important. So the folks who sold it short are now in a position where they’re taking a massive loss on their short position, they’re getting margin calls. So what do they need to do?

Well, there’s usually two ways out of a short squeeze. Number one, just buy back the stock and close the position at a loss. That’s a little hard to do when there isn’t a lot of stock around to buy, because part of the message from the message boards is buy the stock, don’t ever plan on selling it. So the next part of that is, “Well, what can we do to relieve the margin call that we have? Well, if we can’t resolve the situation with the stock that we sold short, then we’ve got to sell something else. So let’s sell, Disney, Exxon, Google, something that’s way more liquid.”

So there’s a lot more that we could talk about when it comes to GameStop, short squeezes, and the whole business of this, but you got to understand the nuts and bolts of how short selling works before you get into the next step. Long-winded answer for Episode 230, but hopefully you’ll find that helpful. Thanks for tuning in!