Is Settlement Date the time to Judge Trades?

Is “settlement date” the right time to determine whether you’ve made the right move in your portfolio?  After all, one of Wall Street’s oldest sayings is the “best trades are profitable right from the start.”

But is two days after the trade (settlement date) the right time to determine that?  Maybe we should wait a while beyond settlement date to decide whether a move works out.  We write about investor behavior topics often.  For today, let’s get away from the corner of Broad and Wall Streets to take a look at this concept:

It’s been a month since the Super Bowl, where the Patriots lost to the Eagles.  But in the end, the biggest winner might ultimately be the San Francisco 49ers, and Jimmy Garrapolo. 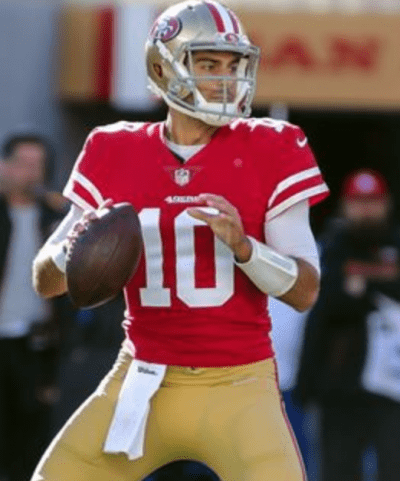 Garrapolo, the back up QB in New England (behind Tom Brady), had an expiring contract with the Patriots.  They had to either start playing Garrapolo (not likely with Brady around), or deal him (to get some value) before his contract expired.  Near the trade deadline, Jimmy G was shipped off to the struggling San Francisco 49ers.

Now, Garrapolo went on to start (and win) the last five games for the 49ers.  A few days after the Super Bowl, Garrapolo is handed the largest contract in NFL history (five years), $137.5 million.

After a coin-flip this week (49ers – Raiders), it’s been determined New England gets the 43rd overall pick in the draft in April.  With the coin flip, we’re essentially at “settlement date.”  Standing at this time and place, we simply don’t know how this trade will work out.

Will Garrapolo be the big winner in this turn of events?
On paper, it seems to be so — today.

However, like so many of the transactions we’ll make over time with our investments, how will future events unfold?  Who will the Patriots draft with the 43rd overall pick?  The player selected may turn out to be a game-changer for the Patriots – possibly for years to come.  Perhaps Garrapolo sustains an injury and doesn’t play much.  It’s also possible the 49ers mis-manage their roster and continue to struggle, leaving Garrapolo as the answer to a trivia question – with an albatross of a contract for a struggling organization.

Consider the deal the Giants made to get Eli Manning on draft day 2004.  Manning was traded to the NY Giants for Phillip Rivers.  After 14 seasons, both players have had solid QB stats through their careers.  The main “separator” has been Manning’s two Super Bowl rings.

But the Giants gave up more to get Eli.  Three draft picks went to San Diego.  One pick became kicker (Nate Kaeding) a reliable kicker and a Pro Bowl player.  Another pick was traded to acquire Roman Oben, who played a solid tackle for the Chargers.  The third pick was used to select Shawne Merriman.  Merriman was an outstanding defensive Pro Bowler, scoring double-digit sacks in each of his first three years.  Who “won” that trade?

Often times, as an investor, it “feels good” to make a change in your account.  To clear away something not performing as well as the overall market, or not currently keeping up with the other “young colts” in the portfolio.  While that “good feeling” may last through settlement date, or for a week, or even a year… what has become the end result?  Here’s some ways to decide: