Quantitative Easing: Everyone Getting Into The Printing Business 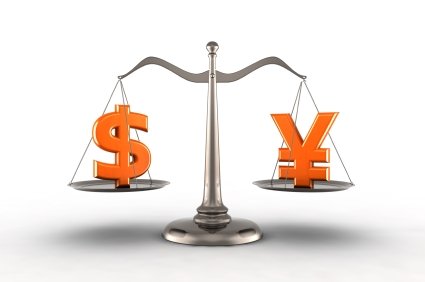 As Barry Ritholtz mentioned in a Marketwatch interview, “this is action Japan should have taken twenty years ago.” If past is precedent, then we could see a strong rally for the Japanese stock market, and (hopefully) a positive impact for the Japanese economy and their exports. But this also severely damages the value of their currency. The Yen has been sliding since December at 120, now (April 2013) it is at 107. What kind of impact will that have on the US dollar? If the dollar climbs in value against the Yen, will we see some sluggishness (correction: more sluggishness) in the economy?

Another region of the world has decided it is better to be in the printing business than to authentically grow it’s way out of the doldrums. This certainly beats what they were trying previously. But what impact will that have on partners around the globe?

In July 2012, the President of the European Central Bank (ECB), Mario Draghi announced, “Within our mandate, the ECB is ready to do whatever it takes to preserve the euro,” Mr. Draghi said, pausing for effect. “And believe me, it will be enough.”

(December 2011 and February 2012) which essentially provided short-term liquidity for the banks. Then Draghi introduced another level: outright monetary transactions. The ECB promised to step in and buy unlimited amounts of bonds (up to three years in maturity), a modified version of quantitative easing. And the euro rallied on the news from 1.24 in July 2012 up to 1.36 in February.

Here in the United States, we’ve lived under “quantitative easing” for over three years to date. And Bernanke’s plan will leave us on “permanent easing” until the unemployment rate reaches 6.5% or below (or, as long as expected inflation doesn’t go above 2.5%). At the present time, we are still just below 8% unemployment.

Along the way in the quantitative-easing process, the currency (the US dollar) has taken a continual hit to its’ value. And with interest rates plunging, money has little place to go, but off the sidelines and into the stock market.

It’s interesting to see so many market pundits scratching their heads over the recent climb in the stock market. Bernanke has won. What worries many in the market is what will happen when it is time to declare the “quantitative easing” period finally over? And what will happen to markets when the Fed eventually unwinds portions of the enormous bond portfolio it has amassed?

And now something else for market watchers to wonder: will other areas of the world exceed our quantitative easing efforts? And what impact will that have on the United States?