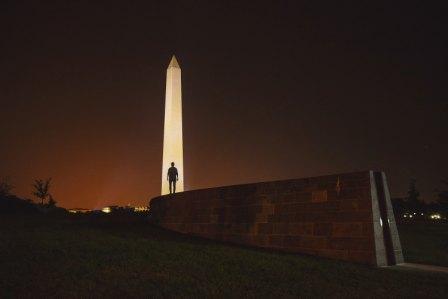 People will nod their head in agreement when advisors say things like “Politicians do not control the markets.”

But people still believe it!  So I’m going to tap lightly on a “third rail” of topics we should probably steer clear from – politics! 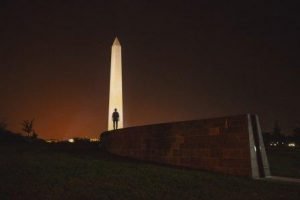 It’s pretty humorous to see the current occupant at 1600 Pennsylvania Avenue boasting about stock market gains.  Somehow I do not think those tweets will age very well.  But that’s not what this post is about at all.

As we prepare for the future, all we have to go on is what has happened in the past.  So, let’s take a look.

There are PLENTY of things that went wrong during each — in fact, ALL of these administrations.  We have learned that no one is immune, no one is perfect.  We can have good times with lousy leaders and we can have lousy times with good leaders too.

But in perspective, many of these “events” were relatively short periods of time.  But calling these events “short periods of time” is not fair to those with money at risk.  Merely waving these periods off as non-events tends to minimize, or trivialize what investors (and advisors!) had to deal with, while going through them.  It doesn’t address the “psychological” or “mental” side of investing.  Not many folks were ready to dive back into stocks in late 1987 (or, for that matter, throughout ALL of 1988).  You could say the same for 2009 (and for a few years afterwards).

Advisors “earn” more of their fees when markets are rocky and investors want to jump off the bridge.  Keeping them from going off the bridge and focused (instead) on the long run is where advisors earn their stripes.  Taking the easy trade and allowing people to change their game plan because they are frightened of news headlines is weak.

Now let’s run through that list again and see (some of) the reasons why the markets fell in those pockets of time:

Having lived through many of these events with clients (and their investments), it can be a tense, nerve-wracking test of your intestinal fortitude.  And you honestly believe the bad days may never end.

But the bad days do end.  And we come out alive.  A little bruised, a bit battered and scraped, but we’re alive.  And better for the experience, too.

All those folks who thought the world was ending in the late 1970’s, missed out on a lot.  Those folks who cashed in after 1987 – same thing.  Again after 2008.  And each time thereafter.  But it’s not the President who causes markets to move long term.  We chuckle whenever we read these articles telling us “markets tend to do better with a Democrat in office.”  Historically, the difference is roughly three percent, which you can see here.

But how many of these lousy markets were due to the person we elected President?  Over long stretches of time, it does not matter whether the “Donkey” party or the “Elephant” party is in the White House (or controls Congress).  What controls the market (in short periods) is not even the economy, as stocks tend to begin sliding on recession fears (not on the actual event).  And stocks (historically) begin to climb before a recession has ended.   Stock markets get swung around due to all kinds of daily news.

In the day-to-day, the markets get swung around by news headlines.  The headlines are often noise in a day-to-day stream of events.  And much of those news headlines are driven by folks in the White House, Congress, the Supreme Court and who’s yakking about interest rates over at the Federal Reserve.   But those folks should not have a long-term impact on our investment plans.

The White House and folks in Washington usually provides good material for discussions around the water-cooler, not for making serious investment decisions.