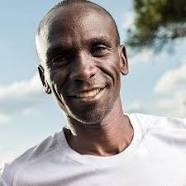 We had an interesting conversation recently with a “friend of the firm.” Kathleen is not a client, but rather a peer – she charts, just like we do. She told us how she made lots of transactions from quarter to quarter and even month to month, picking up 10% here, 15% there.  It’s a lot of work, she explained to us, but she was feeling pretty good (in general) about her approach.

When we discussed some of the positions we have held – some held for years at a time – and some of the gains compiled over those years, she let out an audible gasp over the speakerphone, followed by a long silence.

For all the years (decades, in fact) as an investor, Kathleen told us she rarely produced gains like the numbers we mentioned. That is when Tom brought up the point that “most of the returns” from compounding could ONLY possibly happen after many years.  And there are sometimes years (upon years) where it looks like nothing is happening at all.  It takes discipline to not be trigger-happy and take a 10% return off the table.

When clients ask us to “lock in some profits” or “take gains off the table,” it’s a potential signal they may have not have “had a positive experience” investing in their past.  We sometimes get the impression while listening they can’t handle the altitude and don’t want to crash back to earth.  Or, perhaps their past advisor would take the same approach as Kathleen and scrape a gain here, take a small loss there.  It leads to some very good conversations with clients.  We can all learn from past experiences.

Eliud Kipchoge won the Olympic marathon in 2016 and is the current marathon world record holder with 2:01:39. The New York Times called him “a man of immense self-discipline” who keeps meticulous running logs and has never had a serious injury.  Kipchoge recently said: “Only the disciplined ones in life are free. If you are undisciplined, you are a slave to your moods and your passions.”

Around the office, we talk often about some of the “good ones that got away.” Those are the investments we let get away (sold too soon), because we were impatient. Or worse, the ideas we sold too soon – because we listened to someone else’s opinion which compelled us to move OUT of an investment.  That does not happen much any more.  We just did not have the discipline.  But discipline is like a muscle that keeps getting stronger, the more it gets tested.

Most folks figure this out way too late in life.

Getting the big returns won’t happen with a lucky strike in bitcoin or some cannabis stock.  Real sizable returns come from compounding.  And that can ONLY happen after long stretches of time.

That requires a massive amount of discipline.