The results from the first round of the MLB All-Star game voting were released this past week.  When people think of an “all-star”, it makes sense to think the best players in the league would earn the right to represent their organization in the game.  However, over the last few years, Major League Baseball has noticed something different happening.

The fans choose the All-Star team starting roster.  Over the last few years, a large number of players from one team in each league has dominated the starting lineups.  In 2015, there were an unusually large number of Kansas City Royals on the American League team. In 2016, almost the entire starting National League roster was made of Chicago Cubs.  These teams’ fan bases flooded the voting polls and pushed their favorite players into the game.

A handful of these players were absolutely deserving of the starting spot, and best represented their leagues at their position.  Some of the other players however, were not the best performing players in their position, and were considered “fan-favorites”.  This is where my problem with the All-Star game voting lies.

A similar result seems to be happening this year as well in the voting.  Players like Anthony Rizzo, Jason Heyward, and Kyle Schwarber are currently either in the starting lineup for the National League, or very close to it.  I don’t have a problem with the Cubs, at all, if that’s what you’re thinking.

Let’s take a look at the numbers for these players this year: 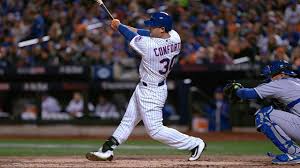 Enough of the statistics, but the bottom line is that the All-Star game voting is far too much a popularity contest, and not at all indicative of the best performing players in baseball for that season.  Hopefully, the fans will begin to realize these players set to make the team are NOT actually the best performers, and start voting for the players most deserving.

SO WHAT DOES THIS HAVE TO DO WITH INVESTING?!

This isn’t just a post venting my frustrations about baseball nonsense, I promise.  After looking at the voting results I realized a parallel to the world of investing.

When it comes to investing, there are always a handful of options to choose from.  Especially when it comes to exchange-traded funds (ETFs).  Each fund family has their own spin on different market ETFs.  Some are more “popular” than others, and it becomes difficult to decide which one deserves to be in your portfolio.

People sometimes gravitate towards that “5-star” mutual fund manager, or the manager who had a breakout year last year.  There is also this concept of “performance chasing” that pretty much every single investor in the history of the universe is guilty of.  Performance chasing is exactly what you think it is.  It is chasing the better performing investments.  This usually leads to some sort of under-performance moving in and out of funds. Most of the time, by the time you notice the out-performance in a fund, and make the move into that fund, you have missed the performance that you were chasing.

While the players on the Cubs (Schwarber, Rizzo, etc.) were extremely popular last year, and might have outperformed last year, they are not the strongest players this season.

The same goes for investments.

While one fund manager might have outperformed greatly last year, his or her fund might not be the best choice for your portfolio going forward.

The phrase you often hear in finance is “past performance is not indicative of future results”.  Just because one stock, fund, or fund manager has a great year does not mean it is definitely going to continue down that path forever.

Don’t get me wrong, it COULD work out that way for you, but I would recommend doing your homework when it comes to choosing what goes in your portfolio.  While the year-to-year voting of an MLB All-Star is much more short-term than choosing investments, it still helps to drive home the point of what was popular last year might not be deserving of a “spot on the roster” this year.

And for the baseball fans out there, PLEASE do your homework as well before casting your votes for the All-Star game.  I’d really prefer not to see Kyle Schwarber hitting .165 on the year make the team over someone like Michael Conforto.

What’s that? My Mets fan bias is showing? OK, you caught me.