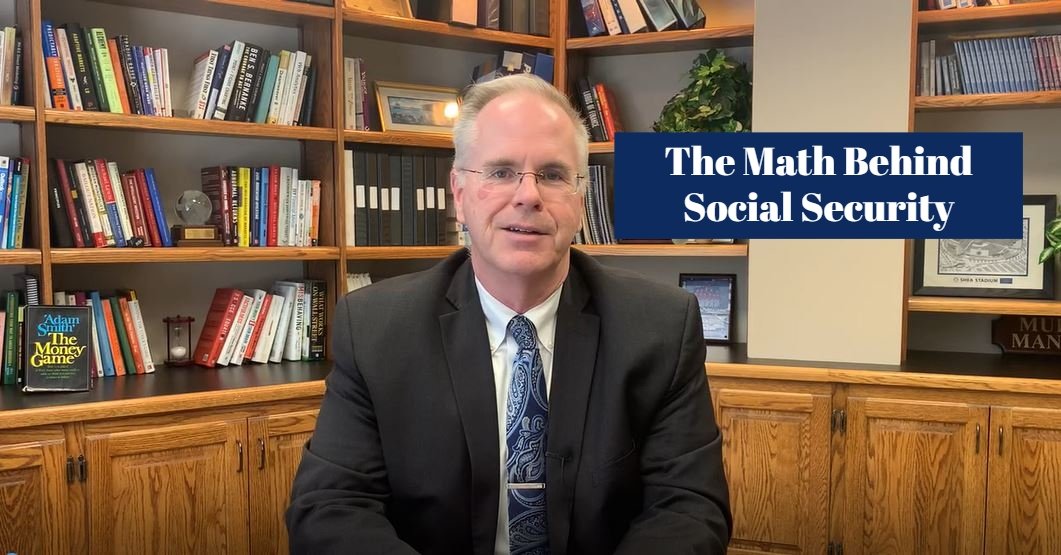 The Math Behind Social Security – Transcript

Tom Mullooly: In episode 240, we compare some social security math. You’re going to want to tune in for this.

Welcome to the Mullooly Asset Show. I’m your host, Tom Mullooly, and this is episode number 240. Thanks for tuning in. I want to share a story with you. We’re going to make up a hypothetical situation where we’ve got three brothers, triplets, all born on the same day, all die on the same day, three brothers who make different decisions when it comes to collecting social security.

Now, I told you that they were all born on the same day, and for purposes of this illustration, they all die on the same day at age 85. So the first brother started collecting at age 62, so he’s had 23 years of social security payments of monthly checks. He winds up collecting $591,000. That’s a lot of money over 23 years.

The middle brother who started at age 67, normal retirement age, dies at age 85. He collects $694,000, over a hundred thousand dollars more just by waiting until normal retirement age. The third brother, the last brother, again, he waited until age 70 to start collecting social security, also passes away at age 85. He gets more per month, but he only gets it over 15 years. He collects $731,000.

Now, the difference in these numbers between someone who starts early at age 62 and someone who can wait until they’re age 70, that gap is almost $150,000. You’re going to collect a lot of money in your retired age from social security. And some of this is money that you put in, some of it is compounding, and some of it is just a calculation of what your retirement needs are going to be. We don’t know how long we’re going to live.

And so some people say, “Well, I don’t know how long I’m going to live. So I’m just going to start taking the money now.” If you can afford to hang on until normal retirement age, you’re helping yourself. Let’s take this from, in your eighties, looking back, you’re actually going to be doing yourself a favor by waiting on that social security check because you’ll actually be collecting more if you wait until normal retirement age, and certainly, if you wait until you’re age 70.

These are the kind of calculations that we go through right here in the office with our clients. And so people are like, “Okay, I can’t stand working anymore, but I’m 62. I know I can get social security, but I think I should wait. What do you think I should do?” These are things that we go through the math and show clients what they may be able to do.

Maybe they should be taking money from their 401(k) for a couple of years after they retire and then let the social security compound. These are things that we talk about. If you’re not talking about them with your planner, talk to us. You can reach us at 732-223-9000.

That’s episode 240. Thanks for tuning in.