Goals — just how hard is it to hit a goal?

The California Public Employees’ Retirement System (CalPERS) — the largest public pension fund in the United States — has $360 billion in assets.  However, CalPERS happens to also be underfunded by an estimated $150 billion, with current assets below 70% of their goal to provide for future pension checks.  They need to find ways to reduce this underfunded goal.

With that in mind, the board lowered their expected annual rate of return on investments (their goal) from 7.5% to 7.0%.  Lowering expected returns means cities in California must pay more toward their workers’ pensions.  That’s going to be a problem for many budget-squeezed cities.  In fact, the League of California Cities urged the CalPERS Investment Committee to think “out of the box” in finding a way to exceed its 7% investment return projections, saying cities won’t be able to pay their monthly contributions to the pension plan if returns are that low.

We could write a lot about the problems pension and retirement plans are having these days.  In fact, we did write about them here, and here.  But what we want to focus on is the goal number, the average return CalPERS is aiming for.  Do you think their returns will land squarely on 7.0% each year?  We do not. 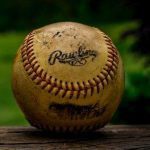 We know these are goals, and not promises of exact returns.  But the idea of “average returns” sparked a conversation around the office we wanted to share with you.  Generating average returns can only be viewed through the rear-view mirror; that is, only by looking back at the past.

A simple comparison: every professional baseball hitter strives to hit for a .300 average.
Of the thirteen active players (at least 3000 plate appearances) with a career batting average of .300 or more, how many of these great hitters hit EXACTLY .300 on the button in ANY year of their career?

Among the thirteen active players today, not a single one hit exactly .300 in any one season.  But yet, thirteen players in the majors have career batting averages of .300 or more.  Lots of seasons in the .290’s, some years in the .305-plus range.  But not one (in any one season) hit the goal exactly at .300 for a season.  And yet, pension plans like CalPERS and others aim to hit the nail on the head.  How can they project these numbers?

Hey, it’s only your retirement that’s at stake. 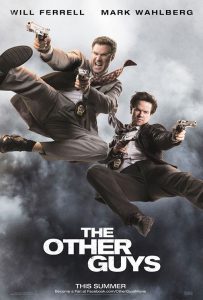 Ryan Braun and Dustin Pedroia both hold career batting averages of exactly .300 over 12 seasons.  But even with this achievement, neither have had a season where they hit precisely .300.

It’s difficult to predict what the market will hand you — what you have to work with, year after year.  There seem to be a lot of “experts” who claim the next few years will see markets average mid-single digit kinds of returns.  How do they know?   Those who have been around the markets since the 1980’s have heard the “expect low single digits return” predictions many, many times over the past thirty years.

Again, how do they know?

One.  Just one time out of 159 seasons has a ballplayer hit exactly their career average (Joe Mauer hit .308 in his rookie season, and his career batting average is also .308).

Whether discussing baseball, market returns or predictions, it’s hard to be precise looking ahead into the future.  But hindsight often clears up all vision problems.