The Fiduciary Rule, proposed by the Department of Labor (DOL) several years ago, and signed into law in April 2016 may be meeting a dead-end.   And the Rule may be snuffed out before most individual investors even learned about it.  But individuals ought to get an education in what this rule is all about.

We believe in educating investors.  Educating our clients (and our prospective clients) makes them better advocates for how we can help individuals manage their investments — and better prepare them for their future.

For fifty years, if you needed to buy a suit in the NYC Metro area, Sy Syms was your man. Now, stay with me here.  Syms did his own commercials, always ending with their slogan, “An Educated Consumer is Our Best Customer.”  When it comes to investing, the same holds true.  And in the name of education, there is an important lesson taking place right now.

The Department of Labor proposed a “Fiduciary” rule, and this was put into law by the DOL in April 2016.  Implementation began just a few months ago, in mid-2017. The concept behind the fiduciary rule is straightforward: folks giving investment advice and guidance should be held to a fiduciary standard of care.

Meaning, investment advisers (who are regulated by the SEC or state securities regulators), are required to always put their client’s interests above their own.  But the standard for brokers is different: legally, brokers must recommend investments that are “suitable” for their clients. There is a distinct difference between “suitable” and “prudent” recommendations and advice.

“The Investment Advisers Act of 1940 came in the aftermath of the crash of 1929 and the Great Depression. It was essentially created to be a crackdown on much of the investment advising abuses that happened during the booming 1920s. The purpose of the rule was in large part to create a distinction between salespeople who were brokers, and those who really formally gave ongoing investment advice for compensation. They advised on investments, which meant they were advisers…”

Recently, a three-judge panel of the Fifth U.S. Circuit Court of Appeals ruled against the Labor Department. And according to attorney Daniel Viola of Sadis Goldberg wrote, “Opponents of the Rule raised concerns that the Rule would have unintended collateral effects that would render investment and retirement services more costly and potentially inaccessible for certain individuals.”

Is this the End for the Fiduciary Rule? 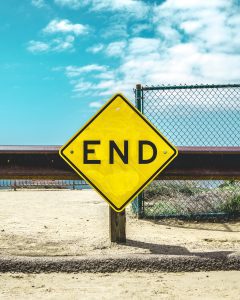 When the news broke, Barbara Roper, the Director of Investor Protection, with the Consumer Federation of America (CFA) also added “…(t)he debate is not over how to pay for advice. The debate is over whether brokers’ sales recommendations constitute advice. Unless they are held to a fiduciary standard, they don’t, and regulators need to stop pretending otherwise.

Investors Beware: Brokers and insurers are celebrating a court decision that says there is no relationship of trust and confidence between them and their customers. How does that make you feel about your “financial advisor?” https://t.co/7jiy1dcB4M

Over the following days, the tweets from Kitces and Roper were clear in their opinion:

Brokers and insurance agents argued in court that their advice amounts to nothing more than a sales pitch, and the 5th Circuit agreed. Consider that next time your deciding who to trust with your money. https://t.co/snb541P5q5

In other words, the #FinServ product industry has engaged in overt #DoubleSpeak.

Tells consumers to trust their salespeople as trusted advisors focused on the consumer not products.

Tells regulators “we’re only salespeople. Our advice is only incidental to product sales.”

It’s important that investors understand how their adviser gets paid, we’ve discussed this before, here and here.  And it’s equally important to understand how compensation arrangements can make for “bad decision environments.”

We’re *not* saying working with a commission salesperson is wrong.  For some, this may work.  It’s important to KNOW upfront – no surprises.  When I began Mullooly Asset Management in 2002, it was my belief this could be a much longer path to profitability, but I also firmly grasped the understanding a fee-only fiduciary structure would be a much better environment for clients.