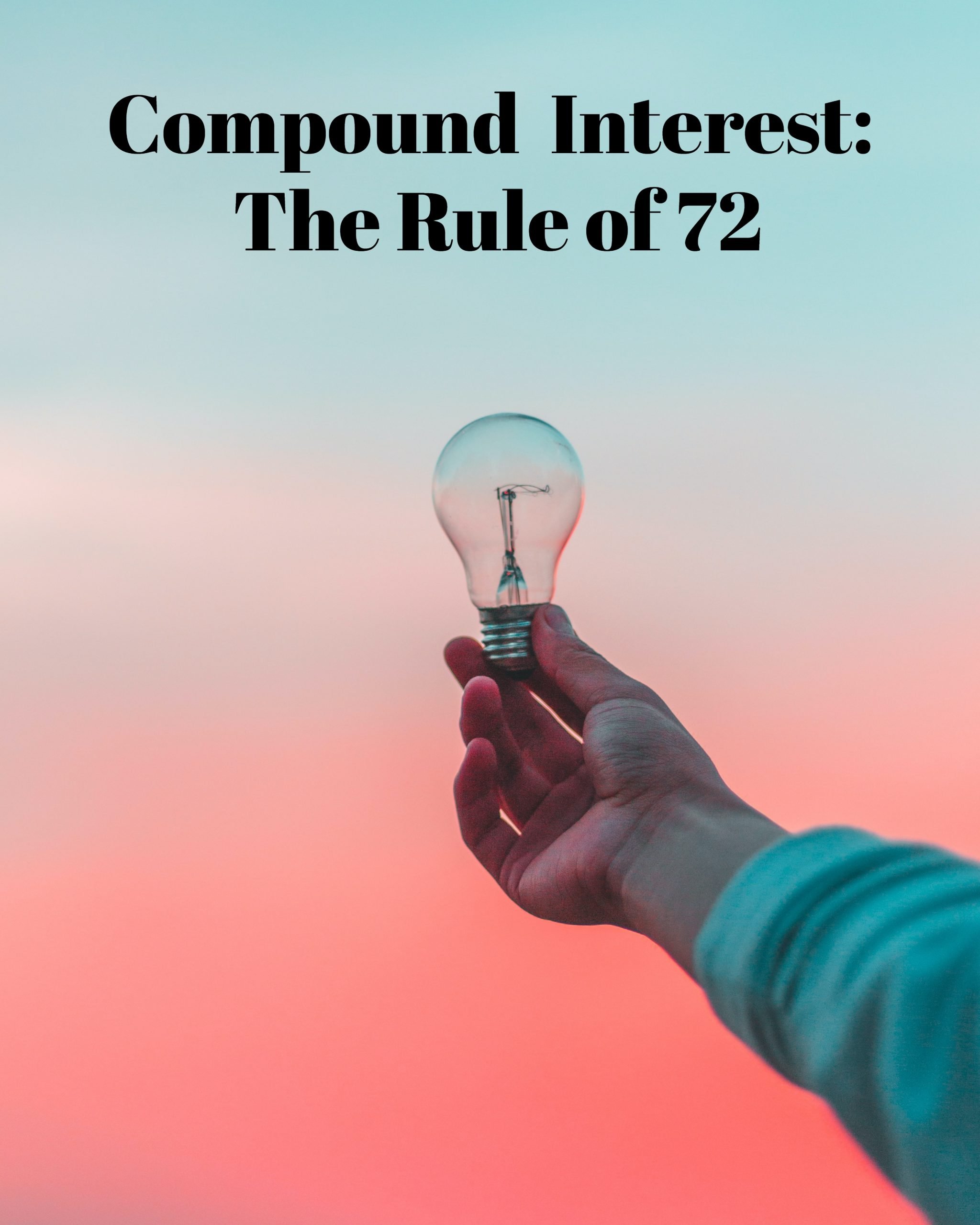 When it comes to saving for retirement, the power of compound interest should never be underestimated. As we’ve grown accustomed to saying on videos and podcasts, “don’t stop the compounding”.

We know we sound like broken records, but compound interest can not be talked about enough. It’s called the 8th wonder of the world for a reason.

With that in mind, we wanted to share a “rule” to help folks determine how long it will take for that compound interest to kick in. The Rule of 72 can be used as a quick rule of thumb to help determine this answer.

The Rule of 72 is a formula that estimates the amount of time it will take for an investment to double in value when earning a fixed annual rate of return.

Divide 72 by the annual rate of return. This should give you an idea of how many years you can expect it to take for your investment to double in value.

Of course rules of thumb should be taken with a grain of salt, as they are not exact science. As we like to call it here in the office, these are for when you’re calculating “back of the envelope” numbers.

We want to clarify that this is not to be used in retirement planning projections, portfolio reviews or anything of that nature. But it can be helpful when quickly trying to figure things out in your head.

As an example, say someone invests $50,000 in an ETF with an estimated annual six percent rate of return.

**As we’ve talked about before, assuming straight line 6% returns every year is asking for trouble.**

But for this example it’s okay.

If we used the Rule of 72, the formula would appear as:

Based on this formula, the investor may expect their original investment to be worth $100,000 in around 12 years.

The Rule of 72 can also be used to estimate how much compound interest your investment has already earned. For example, say you invested $25,000 and it took 10 years to grow to $50,000. You can rearrange the formula to determine your average rate of return throughout those 10 years.

In this case, the formula would appear as:

In this example, your average rate of return was 7.2 percent.

Considerations for the Rule of 72

The Rule of 72 can help provide a general estimation, but it is not precise or perfect. Past performance of the market does not guarantee future returns. It is not smart to assume that an investment is going to earn the same return year after year. Unless that investment is something like cash or CDs.

The thing about compound interest is that it is usually very boring in the early years. It doesn’t seem like much is going on. And that can lead to folks wanting to “juice” the returns, or “do something” to grow their money faster. So it’s important to keep in mind that it may seem like nothing is happening during the first several years your money is compounding.

So while the Rule of 72 can give you an idea of what to expect in terms of your investments doubling, it should not be used as “proof” that you should be doing more with your money.

You can quickly get an estimate using the Rule of 72, but if you want more nuanced financial planning work done it is best to dig into the numbers a bit more. A more accurate representation of how your investments have performed should be easily accessible on your account statements. And if that doesn’t work for you, you can always ask your trusted financial professional.