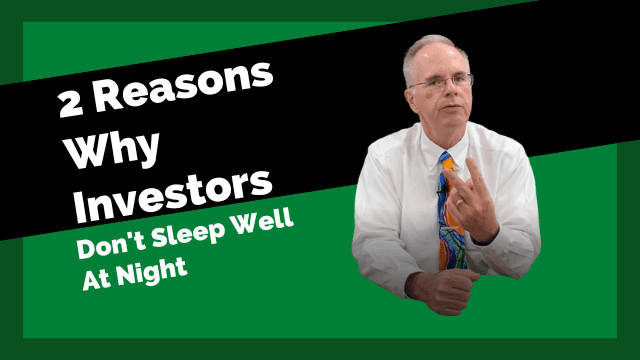 In this week’s video Tom talks about how avoiding volatility sounds good in theory, but will likely end up costing investors in the long run.

He discusses the increase in alternative investments during volatile years like 2022. And cautions investors about putting money into investments they do not understand.

If the volatility in the market has worn you down this year, you’re not gonna want to miss this episode!

Why Your Investment Advisor Should Be Transparent

Tom Mullooly: In episode 15, we talk about the two reasons why people have trouble sleeping in these volatile markets. Stick around.

Welcome to the Mullooly Asset Show. I’m your host, Tom Mullooly, and this is episode number 315. Thanks for tuning in. Markets have been very volatile in 2022, and people are agitated, they’re restless, they’re having trouble sleeping. And it’s just been my experience as well as the experience of the team that there’s usually two reasons why people are unsettled or they’re just not able to be at peace with what’s going on with their money.

The first reason, and we’ve talked about this a lot, is that some folks are investing money that they really shouldn’t be having at risk. And that would make me nervous, and it should make you nervous too. But the other reason that I think is just as important is that there are a lot of folks who have money tied up in investments that they just don’t understand, and so they’re confused, and when you layer on top of their confusion, the fact that the news appears bad or the market’s going down and seems to be very volatile, that gets people really agitated and really nervous.

We get it, all right. I want to stress though that sometimes the fear of volatility or the desire to avoid volatility is probably going to work against you, and you need to understand that. It’s in these kind of market when the stock market isn’t going straight up every day, it’s in these kind of markets where people start plowing money into alternative investments. And so we see folks that come into our office and now they’re putting money into things like a non traded REIT, a real estate investment trust that’s not traded on an exchange.

They put money into structured notes, which is a debt instrument that’s usually tied to a stock index, or they’ll put money into things like equity indexed annuities, and it’s hilarious to sit at the table with someone and we ask them, “Please explain to us how this works.” They have no clue how these things work. Then we start telling them exactly how it works and all the costs and limitations and problems or potential problems that they may have with these investments, but people gravitate towards them because they’re not volatile investments.

You can’t see the value going up and down every day. So the value of these things gets appraised a couple of times a year. That’s how they can show a little bit of movement in the price. A structured note, there is no liquid market for these things. But yet people will explain to us that their money is tied somehow to the NASDAQ Index or to the S&P500 or the Dow Jones or even a basket of tech stocks. But they can’t lose money even if the market goes down. That is just simply not true. They haven’t understood how these things work.

Now, part of that could be because it wasn’t explained to them. But another part of it could be that they just chose not to hear it. So there’s a lot of confusion when it comes to some of these investments that are complicated. We prefer to keep things simple. We want our clients to be able to explain back to us how these things work.

We do that primarily because over the long run they work, but more importantly, we want our clients to be at peace and be able to sleep at night, especially when we are having volatile markets like this. That’s really the message behind episode 315. We want folks to understand and just know what you own. You’re going to be a lot more at ease when things aren’t working out exactly as you expected. Thanks for tuning in.