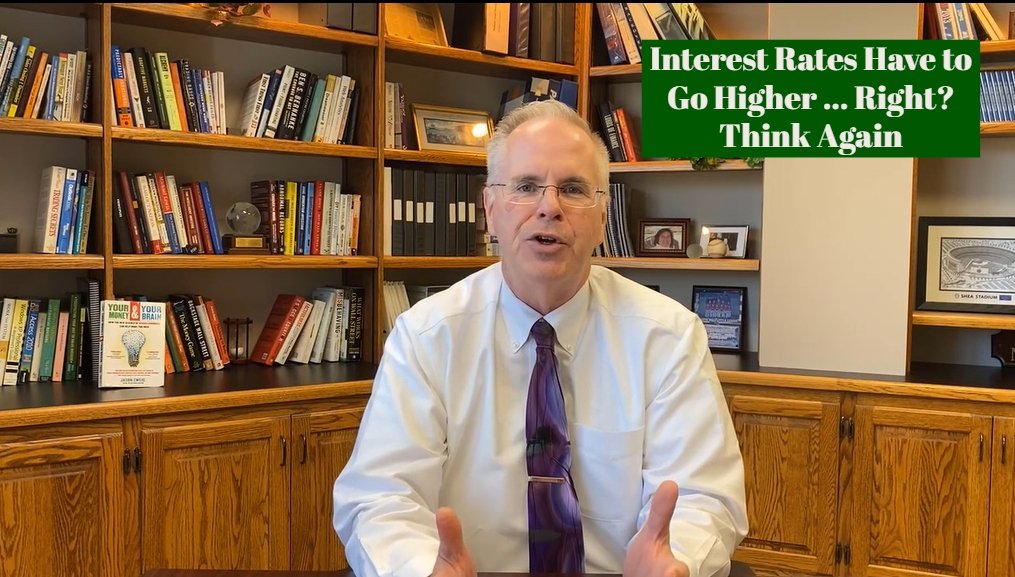 Just about everyone is saying that interest rates have to go higher. Tom explains how we can think we have the answers to the test. But, what we don’t know is how the market is going to react.

In Episode 248, we can tell you the future, but you’re still not going to know how the market’s going to handle it.

Welcome to the Mullooly Asset Show. I’m your host, Tom Mullooly, and this is episode number 248. Thanks for tuning in. We can give you the answers to the test. We can tell you with certainty sometimes what’s going to happen, but what we don’t know is how the markets are going to react to the news. For example, everyone just about is saying interest rates have got to go higher, right? Well, I’ll tell you a little story. Back in 2013, when the Federal Reserve started talking about ending their asset purchases, ending quantitative easing, they said, “Hey, instead of just stopping one day, we’re going to actually taper the amount of bond purchases that we make,” and in May of 2013, we had something called the taper tantrum interest rates. The bond market just collapsed. Interest rates went from 1.7% to 3% in about a week, and stock market, consequently, gave back all of the gains that they had for the year.

Funny thing though, even though the Fed told us what was going to happen, by the time they actually got around to doing what they said they were going to do when they finally did start winding down these asset purchases, these tapers of the bonds they were going to buy, interest rates went from 3% down to 1.7%. It did just the opposite of what people were expecting. So, we knew in advance what was going to happen with interest rates and rates did just the opposite. I want to give a hat tip to our friends at Factor Investor for that little tidbit that we shared here.

So now, the Federal Reserve governors in the past week or so have all said, “We’re going to think about when to start talking about the time to talk about talking about the next tapering that’s going to happen.” Again, they’re signaling. They’re telling us rates won’t be at these levels forever.

So what we don’t know is how the markets are going to react. Hey, here’s another example. If someone told you that Joe Biden was going to beat Donald Trump in the election in November of 2020, a lot of folks first of all, they wouldn’t believe you, and then a lot of people would say, “If Trump lost markets would get crushed,” didn’t really work out that way at least so far six months after the election. Even better, if someone had said to you, “Hey, I’m from the future. And I’m here to tell you that in the year 2020, we’re going to have a pandemic worldwide. We’re going to shut down the entire United States economy and not for 15 days, for most of the year. Oh, and half a million people are going to die from this mysterious virus.” A lot of people would be like, “Get me out of the stock market. I want to be in something safe,” would have been the wrong move.

So look, you can have the answers to the test. What we don’t know is how the markets are going to respond to the news. So the answer, the solution to that is stay in the game. Don’t interrupt the compounding, and that is the message for Episode 248. Thanks for tuning in.