This week at Mullooly Asset Management, the number one topic in calls from clients this week was GM.  We need investment advice – should we buy this stock? 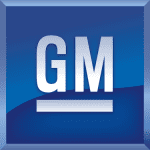 I rarely come out with blanket recommendations for everyone regarding a single stock. It’s tough to find one stock that will be suitable across the board for all types of clients.  Additionally, for twenty five years, I have held an aversion to investing in things that can crash (like planes, trains and automobiles).  But that’s just me being me.

So let’s talk about GM.

As a backdrop: people often ask “Why have these emerging markets (like Brazil) performed so well in recent years?”  It’s not a one-time spurt Brazil has been on: Emerging markets have been a great place to invest for a few years.  Yes, there is a lot of crime and corruption in some of these countries.  And citizens in these places certainly do not have the freedoms we enjoy.  Heck, some of the best places to invest are being run by dictatorships!

But here’s a big reason these places have done so well in recent years: they essentially went bankrupt and had massive amounts of debt forgiven.  Or they devalued their currency (which essentially accomplishes the same thing).

When you are working really hard to pay off debt, but the amount you owe does not get any smaller, eventually you cannot continue.  Think about how great your balance sheet and income statements would look if a major chunk of YOUR debt was wiped away.  All that cash — that was going to debt — now falls to the bottom line.  This is what happened with many of these emerging markets.

Which bring us to General Motors.

I think there is a lot Rocky-ism going on today.  A lot of folks want a “feel-good” story.  I have been blessed, but let’s face it, for many people, 2008-2009-2010 has just sucked been rough.   They want to say, “yeah I missed out on Chrysler in the ’80s, I missed out on the tech bubble, maybe GM will come back and I can wave the flag.”  So a lot of calls this week may have been looking for that home run, the Rocky-ism feel-good thing, I call it.

You don’t need a stock like GM to wave the flag and feel patriotic.

But make no mistake: this trip through Chapter 11 has been exactly what the doctor ordered: lots of debt and obligations wiped off the books.  Oh, and stockholders were wiped off the books too.  In a bankruptcy of a business, the old shares get canceled and creditors (the bondholders) have to trade in their bonds and get offered shares in the “new GM.”  So the old shareholders take a total loss.  And the bondholders (who bought bonds for safety and income?) now see their bonds disappear.

Now the bond holders will own the new company.
With me so far?

And we have not even talked about all the employees who lost their jobs!

Even without selling one more car, the earnings and cash flow for GM *should* look spectacular for a while, since they have a fraction of the debt today.  A lot less money goes out the door in interest payments on debt.  And this is happening at a time when the economy is (hopefully) just turning the corner.  It’s a chance for them to really set things right.  Let’s hope they don’t mess it up.

All good, right?  So, what could go wrong?

First, despite what Uncle Ben tells us, it is not easy to get a car loan today.  And most of what GM sells needs to be financed.  Remember, GM used to have GMAC in their back pocket to do a lot of the financing.  Not any more.  Their competition has been aggressively rolling out better alternatives.  There’s a patriotic slant toward Ford today since Ford bailed themselves out, instead of dumping all their problem on the taxpayers, like GM did. GM (and Chrysler) pulled a lousy, crappy, illegal move when they re-arranged the line of creditors in the bankruptcy process.  GM and Chrysler (with the help of the current administration) pushed some of the senior debt-holders aside to make way for the Government and the Unions.  That sly move (in my opinion, illegal move) should not be forgotten.  The future of all debt financing has changed because of this event. Owning a bond — any bond — became MUCH riskier, but that’s for another post, another day.  And, like any bankruptcy, it will be unlikely they will be able to borrow money (to grow their business) for a VERY long time.

And one other thing.

The US taxpayers still own about one-third of this company.  Eventually that investment will be sold.  So (some day) a MASSIVE amount of shares will flood the market.  But we don’t know when Cousin Barry and Little Timmy G. will flip the stock.  That is a looming dark cloud on the horizon.

But let me take this opportunity to remind my dear readers: as I wrote when TARP was rolling out, the US will not lose much money on these TARP bailouts.  (TPM: now that was a very prophetic post!  Click on the link to go back and see where I forecast 10% unemployment.) The US Government LENT money, they did not give it away. The banks and brokers paid all the money back, plus a little interest.  Even AIG is in  the process of paying the money back — in full.  This government investment in GM will work out.  True, Fannie Mae and Freddie Mac are stench-filled bottomless pits that will likely become total writeoffs.  But many of these other businesses under the TARP have worked out.  And worked out well.

GM looks good — on paper. But other problems remain.  The management team is essentially still there, they have squandered market share, they spend little on research and development, they have a ticked off employee base, they are trying to pacify angry and impatient investors.

How much risk do you want? What are your thoughts on GM?