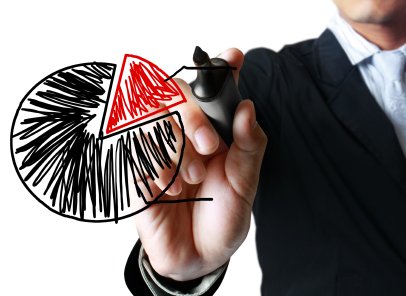 If you’ve worked with a broker or financial planner before, then you’ve most likely been subjected to their pie-charts. Asset allocation models have been displayed in this pie-chart format for a long time now. Tom and Brendan discuss these pie-charts in this week’s podcast, and more importantly talk about why the traditional asset allocation model fails.

The traditional asset allocation model has become very overused by brokers and financial planners. It seems as though no matter what firm you work with, they all recommend a similar blend of investments. Tom and Brendan break down what you’ll normally see inside of a traditional 60/40 portfolio. 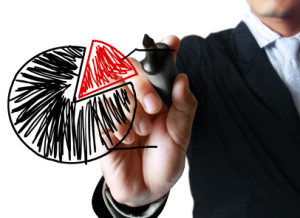 ill be growth investments, and 40% will be fixed income investments. Out of the 60%, most of the growth investments will be large-cap stocks or mutual funds. There will be smaller percentages of mid-cap and small-cap investments as well. Another small portion of the 60% is usually made up of international funds, emerging market funds, or even gold sometimes. The other 40% of the portfolio is invested in fixed income. This tends to mean a blend of bonds, CD’s, and the money market.

The traditional asset allocation model fails for a handful of reasons. Tom and Brendan discuss a few of the biggest problems in the podcast. One problem is that over the last 12 years, small-caps have been the best performing sector. The traditional asset allocation model fails because it usually only has 15% of the portfolio invested in small-caps. Conversely, large-caps have lagged for much of the last 12 years. About 20% of a traditional allocation model is invested in large-cap funds. This means returns have likely been less than stellar. Another problem with the 60/40 portfolio is the money that gets invested into fixed income. 40% of the portfolio is invested in bonds, CD’s, and the money market. Right now, the money market is yielding basically nothing. Bonds also carry a tremendous amount of risk with interest rates on the rise. So should 40% of your portfolio really be invested in fixed income?

The bottom line is that the traditional asset allocation model fails because most brokers and financial planners don’t know which sectors are doing well. So instead, they spread your money (and the risk) around in a blend of investments. This is one reason why using point and figure technical analysis gives us an edge here at Mullooly Asset Management. The charts clearly indicate which sectors are favorable and unfavorable.