The Problem with Getting Back in After Moving to Cash 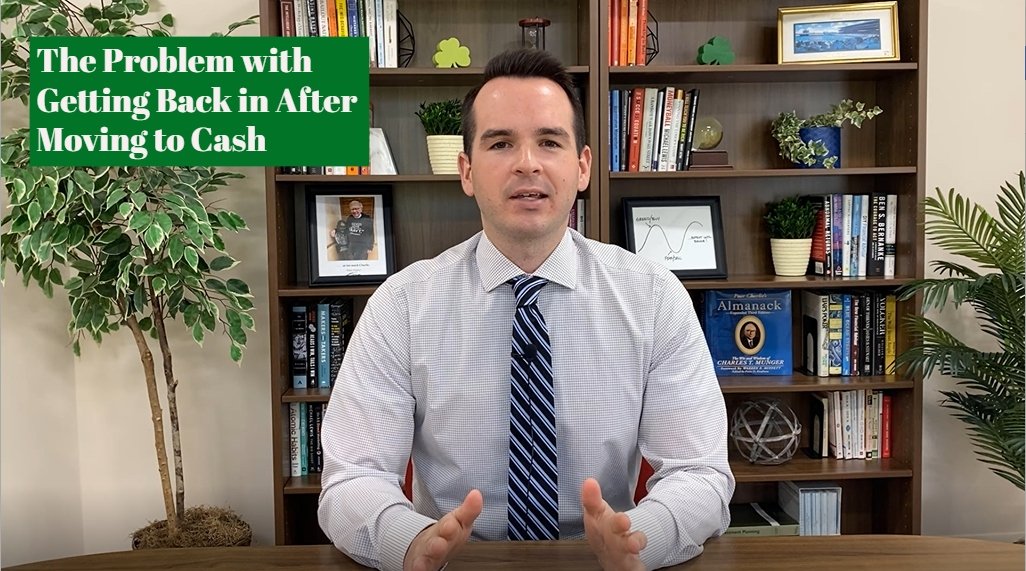 We often talk about the mistake of making all-in/all-out investment decisions, like moving to cash.

In this week’s video, Casey talks about the other side of that decision, the decision of when to get back in. He covers the risk associated with waiting for an “all-clear signal”.

Moving to cash might feel like a short term win, but it is actually a long term loss in most cases.

Casey Mullooly: In episode 291, we talk about how it’s not so much the getting out, but the getting back in. Keep watching.

Casey Mullooly: Welcome back to the Mullooly Asset Show. I’m your host back with you for this week for episode 291. Happy to be here. Let’s get right into things. We often talk about how making all-in and all-out investing decisions is not a recipe for success over the long term. We usually say that it actually involves two decisions.

When to get out is the easier decision to make, but when to get back in is a lot harder than people think. Although it feels like you’re taking risk off the table, you’re actually a new risk for yourself by doing that.

And what I mean by that is you’re basically locking in a new purchase price for that investment that you sold. In order for that transaction to be successful, you need to buy that investment back at a lower price than you sold it. If you buy back at a higher price, you are basically, you would’ve been better off just holding it through that time.

Casey Mullooly: And let’s talk about the logic behind why you want to sell in the first place. Because flipping that logic, when the news continues to get worse and the investment continues to go down in value, are you going to be buying as that’s happening?

Probably not. I doubt it. But the idea is that you want the safety.

You want your account to stop going down in value, but let’s talk about the actual process of getting back in and what it’s like in volatile markets like we’ve seen over the last two weeks.

When there’s a lot of selling going on, it’s not uncommon for the opposite to be true on single days in the market. We often see what are called snap-back rallies, dead cat bounces, V-shaped recoveries, whatever you want to call it.

Casey Mullooly: It’s pretty common for the worst days in the market to be followed by the best days in the market and vice versa. On one day, the coast is clear. The next day, the world is falling apart. And we’ve seen that play out over the last two weeks with some pretty big swings in both directions.

We know that it’s hard to be patient in times like this, but patience is the name of the game in volatile markets. Just some food for thought to think about and to see the other side of the getting back in decision, which is something that I just wanted to explain here in episode 291.

Thank you, as always, for tuning in, and we’ll be back with next week for 292.