The Dangers of Owning Individual Stocks 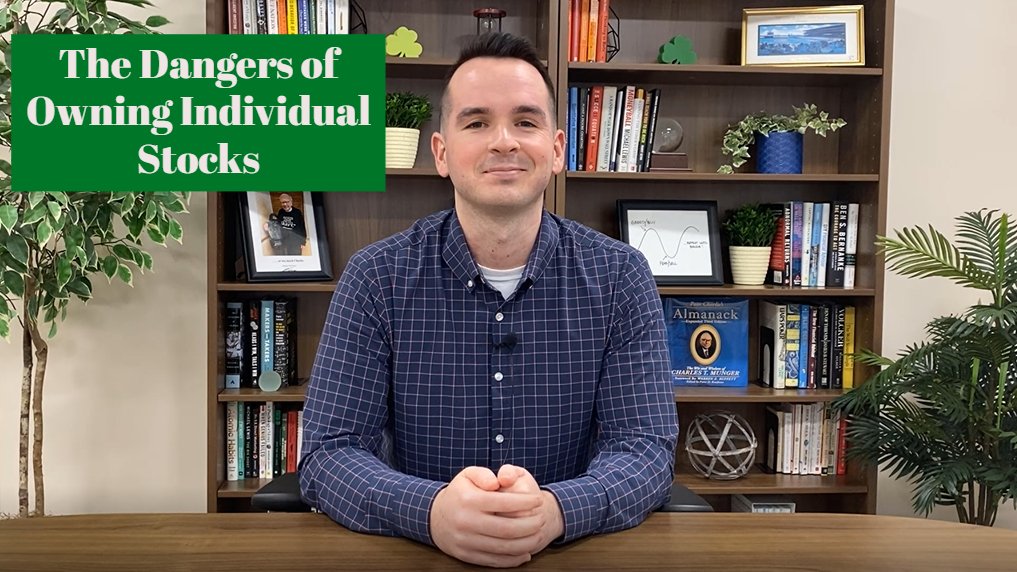 In this week’s video, Casey explains what’s been going on while highlighting the best way to own individual stocks.

**Click here a downloadable PDF version of this transcript**

Casey Mullooly: In episode 279, we talk about the risks of owning individual stocks.

Casey Mullooly: Welcome back to the Mullooly Asset Show. I’m your host, Casey Mullooly. This is episode 279. Thanks for tuning in. Just because there’s no tie doesn’t mean it’s not important. So we’re going to talk about owning individual stocks and having large concentrations of your portfolio in single stock names. So we’re recording this on February 3rd, 2022.

The market has gotten off to a bumpy start here like we’ve talked about in the last two videos, but a theme that’s been going on has been the indices have been holding up better than some of their underlying parts and have hat tip to Ben Carlson who put out this information.

Casey Mullooly: Of course he is referencing Facebook or Meta. Not really sure what they’re called right now, but they put out an earnings report last night and investors are reacting very negatively to it. We saw something similar happen with PayPal yesterday. Same thing, slower growth than anticipated, their stock price was down about 28% yesterday.

So just very strong, negative reactions to these earning support and that’s the risk of having a lot of your money allocated towards single stock names. We hope that you’re basing that off of numbers, their internal numbers, but the risk is you only know what those numbers are once a quarter, and you don’t know how the market’s going to react to them.

They just get completely wiped out and you’d have to hold through all of that to see the gains. What you don’t hear about is the probably thousands of people who sell out at the bottom just because they want to salvage some of their investment.

Casey Mullooly: That’s the message for episode 279. Thanks as always for tuning in. We really appreciate it guys. And we’ll be back with you for 280.