Before we get started, let me just say how much it truly pains me to write an article praising the 2015 Kansas City Royals.  I am a die-hard New York Mets fan, and if you know anything about baseball, you know the Royals beat the Mets in the World Series that year.  Having said that, the Royals perfectly outlined a method of success that translates wonderfully towards saving money. 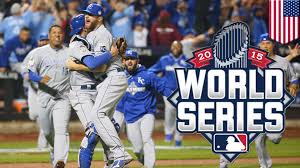 The term “small ball” is something any baseball fan is familiar with.  However, not many people would apply it to the practice of saving money.

The Kansas City Royals in 2015 proved you could be a successful baseball team without launching a ton of home runs every game.  They proved all you need to do is hit singles and doubles, steal bases at the right time, play outstanding defense, and execute your game plan.  In an era of baseball that rewards long home runs, 100 mph fastballs, and high payrolls, the Royals approach was a breath of fresh air.

How does this apply to saving money?

While it would be great to be able to put away thousands of dollars at a time, for many people, especially young people, that is not really an option.  That does not mean you are not capable of being successful.  People should take the Royals “small ball” approach to saving money.

Whether it is just $20, $50, or $100 a month, any amount of saving is better than not saving at all.  Those “small” contributions WILL add up over the years.  The key is to figure out what number works for you, and stick to your game plan.

Executing the game plan is something the Royals did to perfection, and it culminated in a World Series championship.  You can win your own personal “World Series” by sticking to your saving “game plan” and saving as much as you can afford.

Another thing the Royals did in 2015 was show the world you can win without a massive payroll.  They did not have the highest paid players in the league by any means, but what they had was a cohesive unit able to play together at a high level.

While someone making $40,000 a year might not be able to save as much money as someone making a million dollars, what they CAN save will work for them.  You need to be able to work with what you have, and generate success from within your means.  Just because you do not make a lot of money does not mean you can’t start saving money.

Trust me, your future self will thank you for saving now.

The Royals were exceptional defenders in the 2015 season.  There was hardly ever a groundball that got through the legs of an infielder, or an easy pop fly that was dropped by one of their outfielders.  It seemed like every single playable ball was turned into an out.

The “defense” a person can play in their “saving money game” is doing their best to avoid debt.  I’m not talking about a mortgage, or any other kind of debt that will (hopefully) appreciate in value.  I’m referring to racking up unnecessary credit card debt, high car payments, or having lingering student loan debts.

It is going to be extremely difficult to save money when you have a handful of cash flowing OUT the door each month.  Once you manage to get majority of debts under control, it will be easier to focus on a realistic number to save each month.

Stealing bases in baseball is not something that happens every single inning, or even every single game.  It needs to be a well-timed action, with a high probability of success.  The Royals were near perfect in this aspect of the game.

“Stealing a base” in terms of saving money can be compared to investing your savings.  Investing your savings should be a calculated risk with a high probability of success.  A successful saver will know not to take unnecessary risks with their money.

There are an unlimited number of ways to be successful at baseball.  Just ask the New York Mets of 2015.  They were constructed to hit a ton of home runs, and not steal many bases.  Small ball was not their strongest trait, and they were still able to win the National League pennant, and play in the World Series.

There is also an unlimited number of ways to save money.  If you can afford to put large chunks of money into the bank, by all means, go for it.  My main point was to get the attention of the people who believe they do not have enough money to save anything.

Like I said before, your future self will thank you for saving money now.  With that, I will now go back to forgetting the 2015 World Series ever happened.  Let’s go Mets!