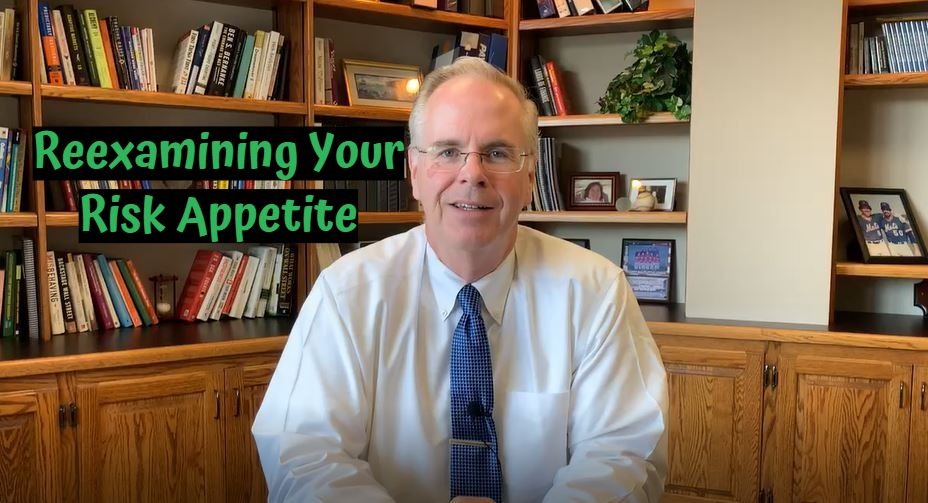 If the market volatility in March/April freaked you out, now might be a good time to revisit how much risk you’re taking in your portfolio.  If you’re waiting for things to “get back to normal”, we have bad news for you.  Find out what it is in this week’s episode!

Tom Mullooly: In episode 205, we’re going to hop in the DeLorean time machine and go back one year to August of 2019. Stick around. Welcome to the Mullooly Asset Show. I’m your host, Tom Mullooly and this is episode 205. In August of 2019, that’s just one year ago, all of the headlines were about Jeffrey Epstein is dead and the Trump administration was talking about buying Greenland and we were also dealing with trade wars and tariffs with China. And if I told you in August of 2019, that over the next 12 months through, August of 2020, we’re going to see a global pandemic, where 20 million people were infected with a virus. That in the United States alone, 150,000 people are going to die from this virus. That we’re going to shut down schools. That the entire economy is going to be shut down for a while. And that some parts of the economy are still shut down, five months later.

And at one point, would you believe if I told you 20 million people are going to be out of work? If I told you that all of this was going to happen in the next 12 months, what do you think we should do with your investments? A lot of people would say, “Holy crap, just get me out. I don’t want to be around any of that.” And they would be right, for three weeks. See, even if we knew all of these events were going to happen, we don’t know how markets will respond.

So if you were freaked out about what was going on in the market in the spring with this virus, this might be a good time to reconsider your exposure to risk, to markets. So, if this bothered you, you know what happened with this virus, I’ve got news for you. Over the next three months, we’re about to go through a very contentious presidential election. And if you think “things will settle down” once the election’s over, keep in mind that once this election is done, about half the people in the United States are going to be ticked off that their guy didn’t win.

So this stuff isn’t over once the election is over. I mean, some people are still upset about the 2016 election. I get it. But this is the world that we live in. We’re not going back to the 1950s. We’re not going back to some other time. If the volatility in the market that took place in March and April really bothered you, you really should consider reducing the amount that you’ve got at risk. Folks that were 100% in stocks, felt 100% of the rollercoaster ride down and 100% of the rollercoaster ride back up. If folks that had 70% of their money in the market felt 70% of that ride. People with 60% of their money in the markets, felt 60% of the ride. People who had 50% in bonds and 50% in stocks, felt 50% of the move.

But question, does it ever make sense to be all out, like 100% out of the market? No. There’s never a good time for that. So the point of all of this, is we should focus on what we can control. We can’t control the markets or how the markets are going to respond to news. But what we can control is how much exposure we want to have to the nuttiness, to the markets.

So if you’re thinking to yourself, “Hey, maybe we should dial down the risk.” Understand that dialing down the risk is a permanent move. It won’t just be, “oh, we’re going to sit this out until the election’s over”, or “we’re going to reduce the risk until things get normal”. This is normal. Look, predicting the future is hard. It’s not a business that we want to be in.

You can know what’s going to happen and still not know, how the markets are going to respond. So, if you’re working with an investment advisor, you should be having this conversation, especially if the markets freaked you out in the spring. Focus on what you can control, not what you can’t control. That’s the message in video number 205. Thanks for tuning in.