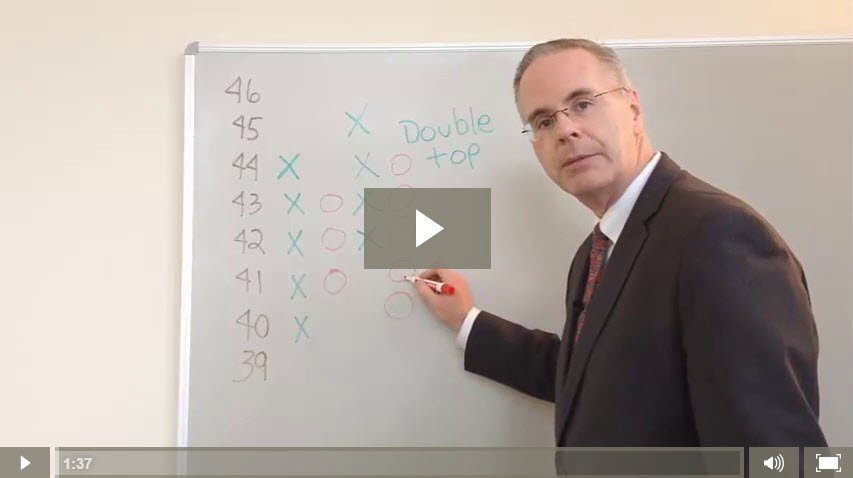 In point and figure, when a current column of O’s descends to the same level as the previous column of O’s, it forms a double bottom. When the current column of O’s exceeds the previous column of O’s, this is a double bottom sell signal. Along with the double top buy signal, the double bottom sell signal is one of point and figure’s most basic chart patterns. As the name sell signal implies, this pattern indicates a security’s weakening demand and increasing supply. This is not a positive development. However, it should be noted that some more complex bullish patterns actually contain sell signals within them. We’ll get to those in future videos. As we mentioned with buy signals, many factors outside of a singular sell signal go into the process of analyzing a security. Checking to see whether an investment’s chart is on a buy or sell signal is a great place to start though.

By now you should have a good understanding of point and figure’s origins, daily chart maintenance, buy signals, and sell signals. The foundations of your point and figure knowledge are well underway.