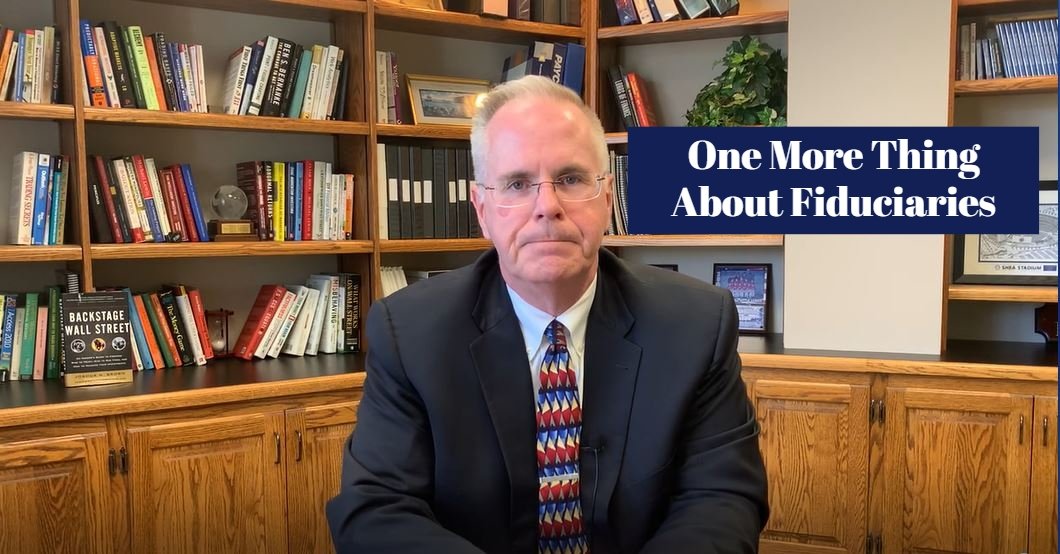 Last week we highlighted the importance of being a fiduciary. This week, we have one more point about fiduciaries and it revolves around a Pennsylvania teacher’s pension plan.

One More Thing About Fiduciaries – Transcript

Tom Mullooly: In episode 245, we talk a little more about fiduciary responsibilities.

Welcome to the Mullooly Asset Show. I’m your host, Tom Mullooly, and this is episode number 245. Thanks for tuning in. I have to admit, great article in the New York Times yesterday, May 11, 2021, a story about the Pennsylvania State teachers’ retirement pension. It’s the largest pension plan in the State of Pennsylvania, other than the state employees’. The trustees there, and trustees of all pension plans have a level of fiduciary responsibility. This is really important, and it ties in with what we talked about in episode 244, the last video.

According to the story in the New York Times, all 15 trustees have lawyered up and are no longer available for comment. That’s a shock, but here’s the Reader’s Digest version. They believed 25, 30 years ago that the bull markets of the 80s and 90s were just going to continue into the sky, and they got far, far too invested. They took way too much risk. And then the sideways to down markets, these lousy markets in 2000, 2001, 2002 came along, and they started racking up some serious losses.

In 2001, the state mandated that taxpayers had to contribute to this pension plan. In fact, taxpayer contributions, not participants, taxpayers. Their contributions quintupled, five times from the period of 2001 to 2008. But then after the markets collapsed in 2008, the plan had even less money than they had in 2001. Amazing.

With the S&P 500, now, think about this, at the end of 2008, beginning of 2009, the S&P 500, the market was trading around 700, maybe 800, depending on the day, but the Pennsylvania teachers’ retirement pension plan decided to bail on stocks at that point, and they went into alternative investments. PS, fast forward to today, the S&P 500 is over 4,000. They would’ve made a lot of that money back, and then some if they had just stayed the course, but the trustees felt that they had to really take some massive action because they had $20 billion worth of losses.

Before I tell you what they invested in for alternative investments, I will tell you, here at Mullooly Asset, we get wholesalers calling us all the time, asking us to invest our client’s money in their alternative programs. We hang up. What did the Pennsylvania teachers’ retirement pension plan invest in as alternative investors?

Pistachio farms, a chain of trailer parks, payphone systems for inmates, and they also made loans to Kurds in Northern Iraq. They went as far as 51% of the money in the teachers’ retirement pension plan, 51% was invested in alternative investments. In my humble opinion, that’s a serious breach of fiduciary duties.

You see, there’s a half a million participants, 500,000 participants in this teachers’ retirement pension plan. Half of them are contributors, they’re teachers, where the money’s going in and out of every paycheck, money goes into the plan. The other half are people who are getting the checks. There’s a lot at risk there.

Here’s what happens. They guess. They make up a lot of these valuations, that they’re making a best guess estimate on these things. But look, fiduciaries have an obligation to not panic and stick with a plan. These guys sold out when the market started getting a little rough. In fact, when they sold out in 2008, the S&P was bouncing around seven or 800. That’s a long way from where we are now. It’s unfortunate what’s going to happen.

That’s the message for episode 245. Remember, it’s serious business being a fiduciary. Don’t take it lightly.