In “car speak,” the term “negative equity” exists when you owe more than your car is worth. We all value our own automobiles much higher than a dealer will often take in a trade. But it’s what happens at “trade-in time” that can spell doom for your personal finances. 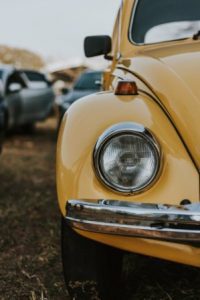 Unsplash thanks to Giovanni Ribeiro

According to Ivan Drury, Edmunds Senior Manager “From 2009-11, negative equity fell “simply because people couldn’t get a new-car loan,” And, “as vehicle financing dried up during the downturn, many consumers were forced to hold onto their vehicles, so they paid down more of their balance. When they finally went to the dealership,” he said, “they didn’t owe nearly as much.”

This is very important. When we take on a loan, we’re making a commitment to pay, according to the terms of the loan. It’s a promise (your promise) to pay, to live up to the terms you agreed to when taking the loan.

While it’s fun to get into a new car every few years, these car transactions can form major cracks in your personal finances. And it’s a difficult lesson to get over (even for a car guy like me). I have to keep reminding myself — it’s a car, it’s not a relationship!

Our advice: create your own personal recession. Force yourself to hold onto your vehicle and pay down more of your balance. Refuse to even consider LOOKING at a potential car until it is completely paid off (and hopefully long after that).  With the average new car price exceeding $38,000 (Edmunds), these are not little transactions any more.  Make a few wrong “auto-related” decisions and you can see some future cash flow problems, just around the bend.

Let’s take a look at what’s happening on car lots everywhere in the lower 48:

What’s happening up the street and around the country is more and more folks are trading in their existing cars for “the new ride.” And the sticker price on that new GMC Yukon is $74,000. Even before auto loans are being paid off in full, cars are being flipped faster and faster.

And if you owe more than the car is worth, there’s only one of two ways to resolve that negative equity:
1. Bring money to pay off the loan
2. Wrap that loan into the new car payment

Many folks are opting for option 2.
Bad move. You are taking an expensive new car and adding several thousand dollars to the cost, and paying compound interest on top of the entire pile. It’s a difficult hole to get out of.  Many don’t ever make it out of this mess.

Suppose you don’t have a car loan, and instead, you lease a car. The same problem can rear its’ ugly head. Our good friend Justin Castelli discusses this in his post over at All About Your Benjamins. Negative equity can still exist if you exceed your mileage limits written into your lease!

But let’s compound the negative equity problem a little further. Edmunds data shows: Consumers are stretching their loan terms as they strive for the lowest possible monthly payment. The average new-vehicle loan term in the first quarter was 69 months, up five months from the first quarter of 2011.

What’s worse than taking the negative equity from your previous car loan and wrapping into a new car loan? Stretching out the payment schedule on the new car, from 48 months to 60 months, or longer. According to Experian, 32% of new vehicle loans in 2017 last from 73 to 84 months. An 84 month loan is seven years, the average ownership period of a car is five years.

One more step and the downward spiral of negative equity will be complete: as more new vehicles are sold, more used vehicles are being returned. As more and more used cars fill the lot, the prices on these used cars drops. Meaning, those looking to get into a new car (and use their existing car as a trade) will get less and less value on their trade. There’s just more competition out there among used car options. According to AutoWeek, Used car values have taken a hit as off-lease vehicles and trade-ins saturate the market. The Black Book Retention Index showed 27 months of nearly continuous used-vehicle pricing declines from January 2015 through March 2017.

You can read more about negative equity over at Auto Week and Auto Blog.