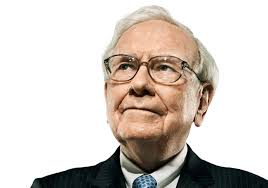 ‘The Buffett Series – The Science of Hitting’ – Investment Masters Class

Tom M.: In Episode 43, we talk about waiting for the right pitch to hit.

Welcome to the Mullooly Asset Show. I’m your host, Tom Mullooly, and this is Episode 43. Where do we get all these great questions from? We get them from you! We get them from our viewers. We get them from our clients. They write in, they call in, we have conversations and we talk about all these things. So, we’re talking with people that are curious about investing. They want to learn more about investing and so this is where we get all our topics from. So, if you’ve got a question, definitely ask and feel free to hit that Subscribe button, if you’re watching on YouTube. So, Tim, what do we have today?

Tim: There are so many different types of investments out there. How do we know which one to choose?

Tom M.: How do you know which one is best? Well, to use some baseball analogies today, if you’re Jose Reyes, every pitch is a good pitch to swing at because he swings at everything. So there’s a problem that I think a lot of investors have in that they try too hard. We watch the Mets, so we talk about Jose Reyes all the time but that guy grips the bat so tight. Watch him the next time you’re watching T.V. and you happen to catch a Mets game or you see him online. Jose Reyes is one of these guys where he just grips the bat too tight. He wants to hit a five run homer every time that he’s up and he’s not a home run hitter.

Investors—I shouldn’t even call them investors—traders are trying to do the same thing. Their short term, “Oh, I’ve made 10% in the stock. I should flip it.” You know what? When I hear that sort of talk from people and they say, “I’ve made 10%. Why don’t we just sell it?” That tells me that they’re someone who’s never made a lot of money in and investment. Do you agree with that? Tim’s behind the camera here. I mean, I think it’s more important to really be choosy about the type of investment that you want to be in because it’s an investment. It’s a long term thing. So we’ve been spending the last week and a half or so talking about Warren Buffet and how he’s had so much success.

But just, I mean, think about how many investments has this guy looked at? I think of, if you ever watched the movie Wall Street, Gordon Gekko, what does he say? “I look at 10 deals a day or 100 deals a day and I choose one.” I can’t even begin to count how many stocks or how many investments Warren Buffet has looked at. If you could equate that to a baseball player, how many pitches do you have to stand in the box waiting for your pitch to come through? So there’s a couple of articles that we found online, Tim and I. Are you going to link to these in the show notes?

Tom M.: Okay. So, these are really good articles and it talks about Warren Buffet’s fascination with Ted Williams. Ted Williams was before my time but probably one of the single best baseball players and one of the best hitters ever to play the game. He had a career batting average of 350 something. I mean, that’s just unheard of in these days. But he was extremely disciplined. He would never swing at a bad ball. He only swung at balls that were right in the zone that he was looking for and he had fantastic vision. So, you only want to swing at the pitches that are right. It’s the same way with your investments. You really need to be choosy about what you’re doing and you need to do your homework. That’s so important. We have a lot of people that just say, “All right, just, you know, buy me something that’s going up.” It doesn’t work that way.

Buffet tells the story about how Ted Williams would be sitting in the dug out. I mean, this didn’t happen once. This probably happened once a game. Where guys on his own team would come back to the dug out and he’d say, “What pitch did the pitcher get you out on? Was it a curve ball?” The batter would be like, “I don’t know. I have no idea.” How could you not know that if you’re a professional baseball player? Same thing with investing. You need to know and do your homework so you’ve got a clear picture of what you’re investing in. One of the things that we do is we often write down the reasons why we get involved in an investment. When those reasons change, when those reasons change—whether we’re up, down or flat in the position—if the story has changed, we have to move on. That’s really important.

The other thing that’s really important to think about if you want to equate hitting a baseball with investing is that there are no called strikes in investing. You know, when you’re up at the plate and a pitch comes down the middle but you don’t swing at it, the umpire’s going to say, “Strike one.” You only get three strikes, all right? With investing, there are no called strikes. I love that. I love that line, and thank you Tim for coming up with that because that is really great. There are no called strikes when it comes to investing. So you can let pitch after pitch after pitch go by. You’re still going to be right. Our friend, Tom Dorsey, kind of uses a different analogy but same thing when he talks about the charts. He says, “Charts are like the city bus. You could be walking out of your building and see the bus that you want ride right by, you missed it. But don’t worry, there’s going to be another bus right behind it.” Don’t worry about the things you’ve missed. Okay.

So one of the other things that Buffet talks about when he’s talking about Ted Williams, is you kind of have to tune out the people who are in the stands yelling, “Swing! Swing the bat!” We have a lot of people in our world—clients, other people in the business—who say, “You should put your client’s money into this,” or, “We should own that,” or, “We should do this,” or, “We should do that.” This is the same thing as people up in the stands yelling at Ted Williams, “Swing, you bum!” You can let a few pitches go by before you find the right one to hit and when you do, you can hit it all the way over the fence.

Click this link to get a PDF copy of Episode 43’s transcription!