Markets & Media Always Need Something to Worry About 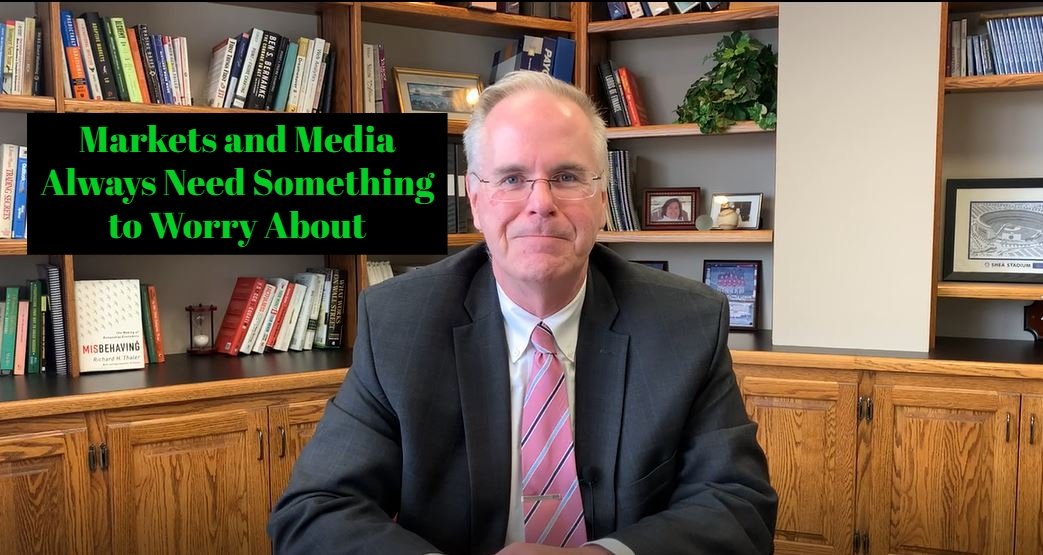 Even when things are going well, the markets and the financial media always find something to worry about. In this video, Tom addresses the inflation concerns that seem to be creeping back up in the media, and why it’s not a concern for you.

Markets and Media Always Need Something to Worry About – Transcript

Tom: Stock markets and the media always, always need something to worry about.

Welcome to the Mullooly Asset Show. I’m your host, Tom Mullooly, and this is episode number two 32. Thanks for tuning in. Markets, stock markets and the media, of course, always needs something to worry about. If they don’t have something to worry about, they’ll make it up. Past few days in the market, the chatter has been about the return of inflation. And when most folks hear the term inflation, they think back to the 1970s.

We should also not skip over the fact that in 1980, the rate of inflation was 13%. People freaked out as we came off of those times and they freaked out again in 2008 and 2009. As the federal reserve started to do their quantitative easing programs, people were convinced that we’re going to have massive inflation. In fact, in 2009, the rate of inflation was negative 0.36%. We actually had deflation while the fed was printing money. Think about that.

Well, if you go back to economics 101, and I think a lot of folks in markets and media ought to retake that class, one of the things you learn is a little inflation can be a good thing. That’s right. Inflation can be a good thing. And that’s been the problem at the federal reserve since 2008 and 2009 when they started these quantitative easing programs. For the better part of 12 years, the fed has been pumping the system with liquidity, but while they’re doing that, there’s been little to no inflation.

The target since 2011 has been 2% inflation, which would be great. But in 2019, the inflation rate was 1.7%. Last year in 2020, the inflation rate was 1.2%. So they’re not hitting their target, so now they’re talking about more stimulus into the system. Wall Streeters, because they’re all rocket scientists, are looking beyond the virus, even though the virus is still front and center as we’re recording this in February of 2021, but they’re looking beyond the virus. And now they’re starting to worry about inflation.

That’s the message for this week’s video. Thanks again for tuning in.