Investing Best Practices: Know What you Own (Russell 2000 Edition) 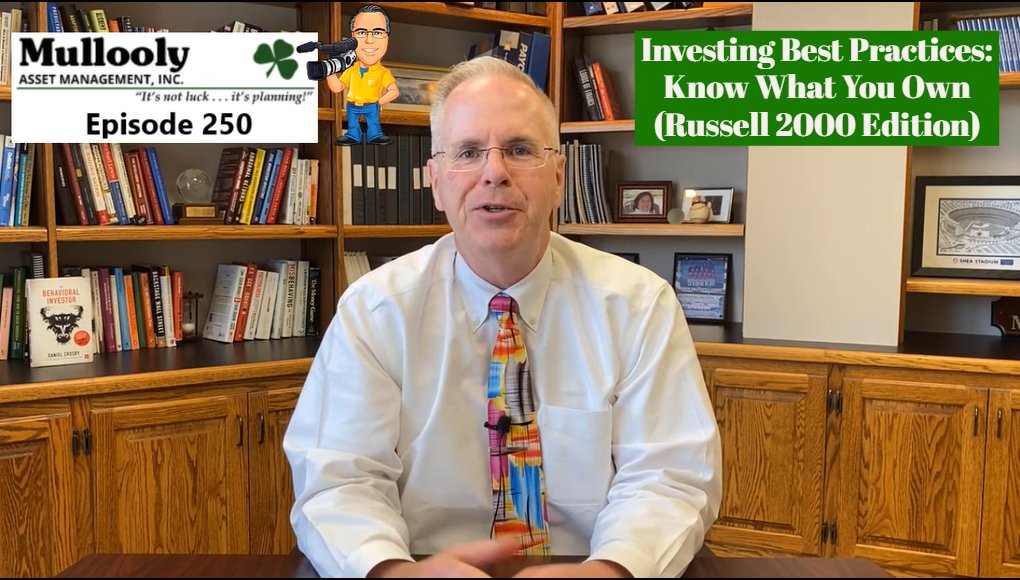 With the Russell 2000, a popular small cap index, set to be reconstituted later this month, we wanted to go over an investing best practice, and remind folks to KNOW WHAT YOU OWN!

Tom breakdowns how two of the top names in the Russell 2000 index are (most likely) being removed from the index. And why it’s important for investors to “look under the hood” of these index funds and understand what they own!

Investing Best Practices: Know What you Own (Russell 2000 Edition) – Transcript

Tom Mullooly: In episode 250, we delve into another chapter of Know What You Own. Welcome to the Mullooly Asset Show. I’m your host, Tom Mullooly. And here we are, episode 250. Thanks for tuning in. This is another chapter of Know What You Own. And I think this is important, and it’s newsworthy. At the end of June, the Russell 2000, which is a pretty widely followed small cap index, is going to be reconstituted.

Now, maybe you haven’t heard of the Russell 2000. A lot of people have heard of the Dow Jones Industrial Average, and they’ve heard of the S&P 500, which has all large cap. S&P also has small cap and mid-cap indices. Russell is another, if you will, brand of indices, and it’s pretty widely followed in our industry.

So in some ways, there’s indices for all. I mean, we can carve these things up a million different ways. That’s how the ETF industry began, based on different sectors and different indices. So the Russell 2000 over the last 15 or 20 years has become the yardstick for small cap investment managers. Now, when they go to do this reconstituting at the end of June, understand that a couple of names are going to graduate because they’re not small cap names anymore and you may have even heard of them.

The two biggest names that are going to be coming out of the Russell 2000 are GameStop and AMC, the movie theater chain. So to just put this in perspective, I want to use an old math term that I heard back in elementary school when we talked about mean, median, and mode. Let’s talk about the median small cap stock in the Russell 2000. The median or the midpoint of the Russell 2000, you’re going to find the market value is around $1 billion.

Hard to believe a billion dollar company is considered small cap. But when we look at the names that are on the small cap list, you see AMC, the movie theater chain, it’s worth $26 billion. And GameStop is not far behind at 19 billion. These two names tower over much of the remaining list of the 2000 small cap names. So AMC and GameStop are now really, they’re graduating to the mid-cap indices. So things are going to be changing.

Why are we talking about this? Well, the Russell 2000 only reconstitutes one time a year, and it happens every year at the end of June. So let’s go through some numbers. The Russell 2000, just so far in 2021, not even six months, it’s up about 16%. You need to know that AMC and GameStop represent almost half of that return, came from two stocks, and they’re leaving.

For a PDF version of this transcript, click here!