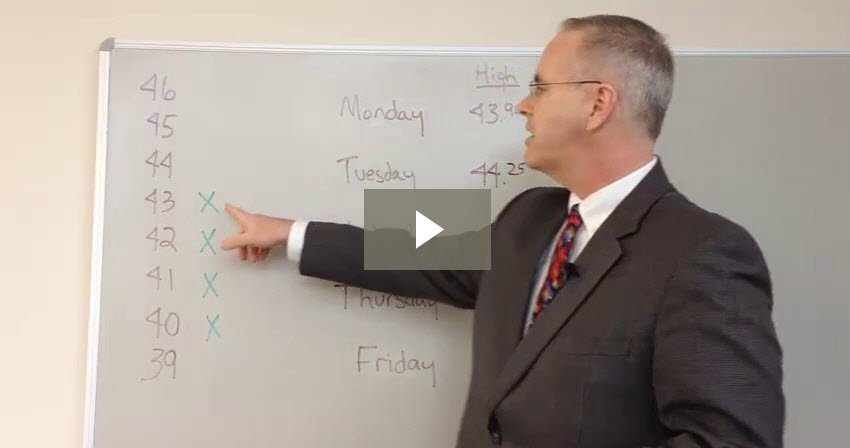 Since point and figure is a form of technical analysis, many people expect it to be super complicated. This couldn’t be further from the truth! Tom explains how point and figure charts work in this video. The simplicity of this system might surprise you.

When it comes to point and figure charts, you must remember that: columns of X’s go up and columns of O’s go down.

The daily maintenance of a point and figure chart involves answering two questions:

1.) Did the security’s price continue in the same direction (up or down) enough to add additional X’s or O’s? If yes, do so. If not, refer to the second question.

2.) Did the security’s price reverse by three boxes in the opposite direction? If yes, draw a new column that reflects the move. If not, do nothing and move on.

This is an instance where visual examples help tell the story. Check out this video to see Tom walk through the steps!