How the News Affects Your Money 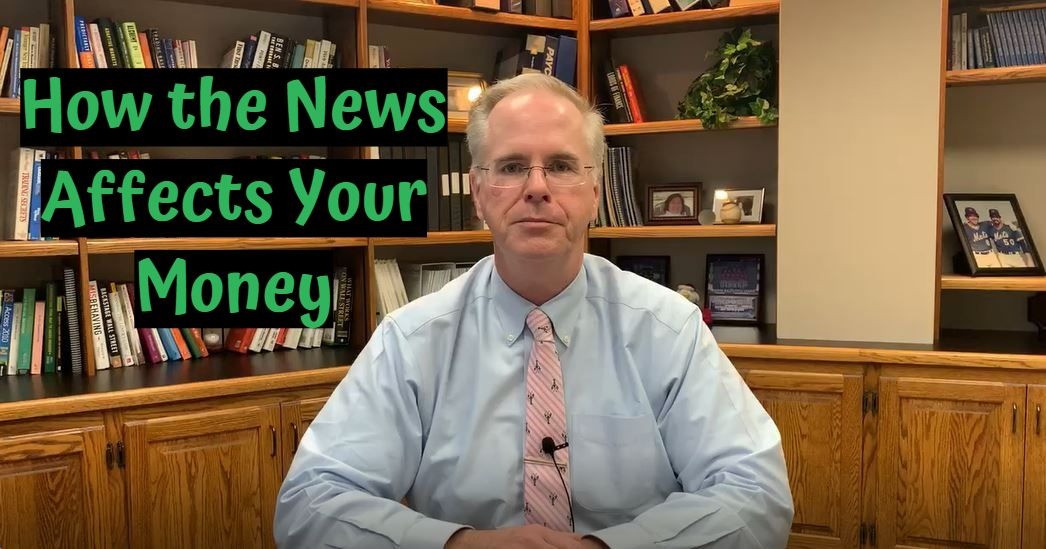 We all woke up to some news this morning.  In this week’s episode, Tom talks about not letting the jolting day-to-day headlines during election season impact your LONG-TERM investment decisions.  Volatility in the market is a feature, not a bug, and should be expected.

How the News Affects Your Money – Transcript

Tom Mullooly: In episode 212, we talk about news and how it affects your money, tune in.

Welcome to the Mullooly Asset show. I’m your host, Tom Mullooly and this is episode 212. Thanks for tuning in.

I want to talk about news and your money, your investments. The first thing I’ll say is welcome to the fourth quarter. We’re recording this on Friday morning, October 2nd, 2020.

And we all woke up to some news this morning. And as we’ve mentioned in some recent videos, we’re in a very contentious election season and we have to expect to see jolting headlines like we did this morning. We’re going to see them through election day and maybe for weeks beyond election day.

So, understand that while elections make daily headlines, we want you to look at the bigger picture, what’s going on in the background that may get lost in the sauce. So, a few things you need to know Congress today is working on a stimulus package. It’s about time that they show up and do their job.

The second thing is the FED, which has already pumped $7 trillion into the economy, just think about that for a second, that’s 10 times what they did in 2008 and 2009. So with $7 trillion already in the pipe, they’re ready to act and do more if necessary.

And the FED’s also said that they’re going to keep interest rates at these levels, near zero for the foreseeable future. All of these that I just mentioned will help the bigger picture far beyond the headlines of today.

So, you’ve got to keep the right perspective in mind. We don’t build, we don’t construct client accounts for active trading. A lot of the money that we manage is considered long-term money. A lot of it is in retirement accounts. So if you’re freaking out about the headlines or the activity in the market, maybe we should have a discussion about lowering your exposure to the market.

That’s very important and something that we’re going to discuss on the next video as well. You don’t necessarily need to be 100% invested in the market, especially if it’s driving you crazy. That’s the message for episode 212. Thanks again, for tuning in.