How do Major Events Affect the US Stock Market? 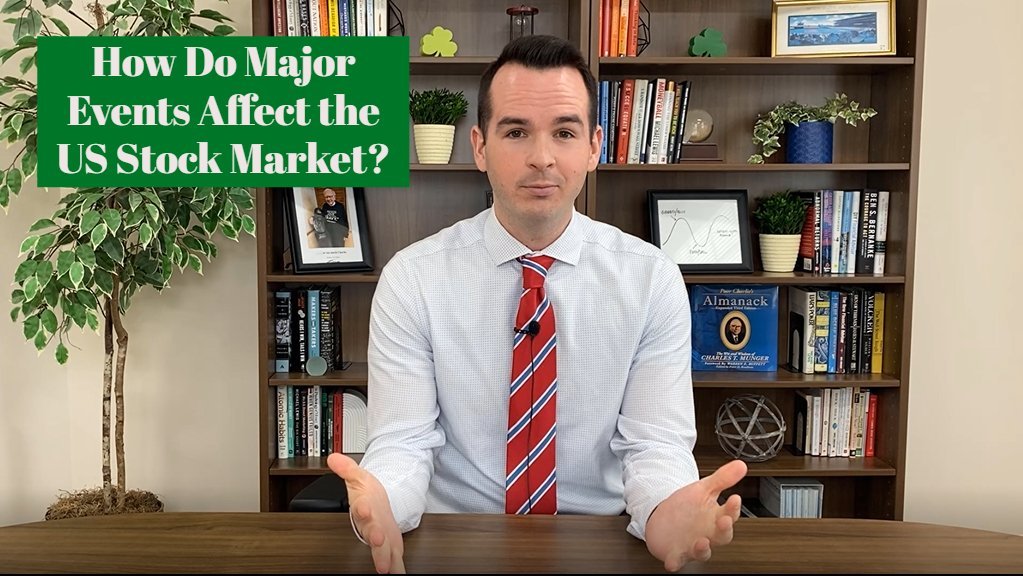 In this week’s video, we take a look at how some of the biggest geopolitical events in recent history have impacted the US stock market.

We know there is a lot of uncertainty right now regarding the situation in Eastern Europe, but we can’t let emotions dictate our investment decisions.

Tune in to hear why you should stick to the plan!

How Do Stocks Do After Major Events – Ryan Detrick

How do Major Events Affect the US Stock Market? – Full Transcript

**Click here for a full downloadable PDF of this transcript**

Casey Mullooly: In Episode 281, we take a look at some big events in history. Welcome back to the Mullooly Asset Show, I’m your host, Casey Mullooly. We’re back here for Episode 281. Thanks as always for tuning in.

Casey Mullooly: There are a multitude of different factors that are contributing to the market right now. As of yesterday, the S&P 500 did officially hit correction territory, which is down 10%.

We’ve talked about in recent videos how the market’s gotten off to a shaky start this year and that was before these tensions really started boiling over so nobody knows how this situation in eastern Europe’s going to play out, we certainly don’t and, even if we did, we wouldn’t know how the market’s going to react to it. There’s a great chart put out by Ryan Dietrich and I’ll link to the whole thing in the show notes. You should check it out, it’s really interesting.

Casey Mullooly: He looked at the largest geo-political events of the last 80 years or so dating all the way back to Pearl Harbor, which was 1941, the beginning of World War II for the United States, and all the way up to this past summer in August when the US pulled its troops out of Afghanistan.

Casey Mullooly: There’s about 20 or so events in between there and you should check out the whole chart, it’s really great, it’s good information. The events were really scary and horrible events and some of the worst in our country’s history, certainly in the world’s history too.

Just because the market recovered doesn’t mean that there wasn’t any fear in the public, there wasn’t any uncertainty about the situation, about what was going to unfold, those are two completely different things.

I know we say it a lot but we can’t invest on how we feel. We can’t let our emotions over events drive our decision making process, and the numbers are pretty clear here. If you were to sell when these events happened and then let’s say you sat in cash for the next year, you would’ve been worse off in any of these events over the last 80 years.

Casey Mullooly: Trying to time these big geo-political events is a recipe for under-performance. Our message is to stick with what you were doing before these tensions in eastern Europe boiled over and probably stick with what you’re doing after the dust is settled.

Again, we don’t know when that’s going to be but if you have any questions about what’s going on in your account and your portfolio feel free to get in touch with us and we’ll talk things through. That’s the message for 281. Appreciate you guys tuning in. Hang in there, we’ll be back with you next week.