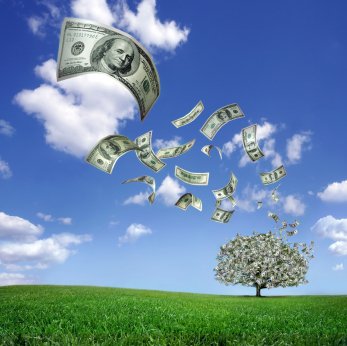 How does an investment advisor exercise his fiduciary obligation when the client wants more return, but does not want more risk?

A year ago I started working with a retired school teacher, 79 years old, with a $50,000 CD that had just matured at the bank. He reviewed his investments with me: plenty of bank investments, but very little experience in the stock market.

Part of my fiduciary obligation is to interview the new client. When the account was opened, the client said he was looking for more than he could make with the bank. We had a lengthy discussion about the level of risk he was willing to take, and what is appropriate given his age (79), and investment experience (in his words, risk-averse and limited experience).

Another fiduciary obligation is to discuss the game plan for the account. With his agreement, the account was invested in short term bond funds and other conservative investments, like utilities.

The account made money, but in our last discussion, he had a different idea: said he expected MORE.
Sometimes it may be best for an investment advisor who understands the fiduciary obligation he carries, let a client “commit financial suicide” by jumping out of someone else’s window… not yours.

This retired school teacher explained he “cannot survive” on a CD earning 0.25% and that’s why he turned to me. He said he read in the paper one of the major yardsticks for the market was up 8% in the past twelve months, why didn’t we make that kind of return? And then wanted to reinforce his point by adding, “you know there are seniors all across the country who are in the same predicament,” he said “we cannot live on a quarter of a point.”

He was right on his last point… simple math shows $50,000 would bring $125 in interest over one year, at 0.25%. But I seriously doubt most seniors leave the principal, withdraw “the precise amount” of earnings, and then try to live off that. But I understand the dramatic plea. 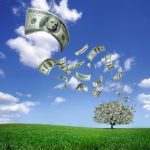 As I did in our first meeting, again I explained the fiduciary obligation to my clients to make sure their money is invested not only in a suitable manner, but in a prudent manner. So, as I explained to this client, I won’t apologize this account was invested conservatively. I do not think it is prudent for a retired, 79 year old person (with very limited stock market experience) to take money from a bank account to begin buying and selling stocks, mutual funds or exchange-traded funds.

These are where problems can develop. An investor feels “forced” to do something out of character. In this case, this individual felt they had to move money out of “safe” investments and into “risky” investments to generate a return. But the likelihood was if they earned 8%, they would not have called up and asked for a check for the 8% gains. And if they had, what about taxes on the capital gains due if their instructions were followed and investments sold?

It’s been mentioned elsewhere on our site: there are differences between investment advisers and employees at brokerage firms (stock brokers, financial consultants, etc). Brokerage firm employees work on a commission and are not held to the same level of fiduciary obligation. Brokers instead are held to simply a “suitability” standard. A “suitability” standard is a great concept. But investment advisers with a fiduciary obligation, making certain investments are prudent, seem to be a model more for our liking.