A Better Way to Measure Inflation 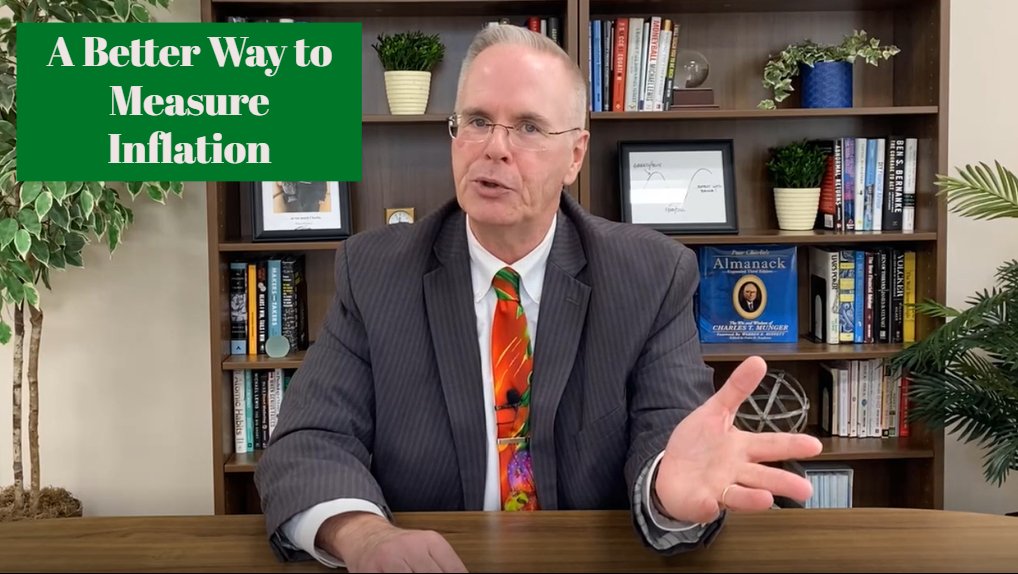 In this week’s video, Tom explains how inflation is measured. And why it might be better to measure it in multi-year stretches of time instead of month-over-month or year-over-year.

The Federal Reserve’s target for inflation is 2%. The readings lately have been high, but if you zoom out over the longer term it tends to average out.

Like many things in finance and investing, the short-term is going to be bumpy so having a long-term view is a must.

Tom Mullooly: In episode 275, we talk about inflation and the Federal Reserve. Don’t miss this one.

Tom Mullooly: Welcome to the Mullooly Asset Show. I’m your host, Tom Mullooly. And this is episode number 275. Thanks for tuning in. So we’re recording this in mid-December 2021. This week, the Federal Reserve met and changed their script. They said that they’re going to accelerate the pace of the taper. And we can talk about that separately, but they also said that they are looking at possibly raising interest rates three times in 2022, but this is all driven by inflation.

And if you’ve been following the news at all this year, you’ve seen some crazy numbers. Like how could this be? We saw inflation at 6% over the summer, then inflation at 6.5%. A couple of weeks ago, there was a report saying that inflation was 6.8%. Understand what you’re being given are monthly readings. This is this August compared to a year ago August.

Tom Mullooly: What goes into the history books is what the rate of inflation was for the calendar year 2021. And that rate according to the Fed, with two weeks to go this year, is going to be around 5.3%. And I’m telling you, I’m not worried about it and you shouldn’t be either. It’s better to look at inflation rates in a year by year approach. Honestly, even better would be multiyear by multiyear.

That would be the best way to look at the trends of inflation. These are longer term things. You can’t measure them month over month. So I want to just kind of take a walk down memory lane and walk through what’s happened just over the last decade or so. In 2009 in a recession, we actually had an inflation rate, a negative inflation rate of 0.4%. So we actually had deflation of almost a half a percent, but since 2009, from 2010 through 2020, that’s 11 years, I need one more finger for that, the average rate of inflation was 1.7%.

Tom Mullooly: 1.7 was the average rate that entire 11 years. The Fed target annual rate of inflation? 2%. So they fell short and the Fed said, “Hey, we’ve got to do something to stimulate the economy. It needs some kind of stimulus.” Well, they got their stimulus in 2020 in the form of a virus and a manmade shutdown of the economy.

Now technology, pretty cool thing, has allowed a lot of people to continue working, but working remotely or working from home. And for the first time in history, the federal government put money directly into people’s hands instead of doing the usual recession tools like we’ll give money to the banks and we’ll lower interest rates and we’ll tinker with the tax rates. Those kind of things were usually what would happen when we would get into a recession.

Tom Mullooly: This time, direct payments to taxpayers. It hasn’t been done before. So it’s been kind of a grand experiment. Now we have gotten some inflation. That’s to be expected, but the Fed estimates that in 2021, the inflation rate for the entire year is going to be 5.3%. So little bit in the beginning of the year, pretty hot right now, cooling as we go into next year. In 2022, the Fed expects inflation to be 2.6, the year after that 2.1, getting back to their target of 2% inflation.

They haven’t deviated from that. It’s important to know that one of the terms that we’ve seen a lot over the last year or so has been this phrase, transitory inflation. The media, who I don’t have a lot of respect for, has changed the meaning from transitory inflation to mean temporary inflation. That is not true. Transitory means you go from one place to another, and that’s what’s happened with inflation.

What the Fed has been saying. And I really believe that they’re going to ultimately be right, is that this is a transitory period. We’ve had a period of some inflation, not going to be persistent, not something to be a trigger for people to rip up the script of change the way that they approach investing and managing their money. So that’s the message for episode 275. Thanks again for tuning in. I’m not concerned about inflation, and so should you.