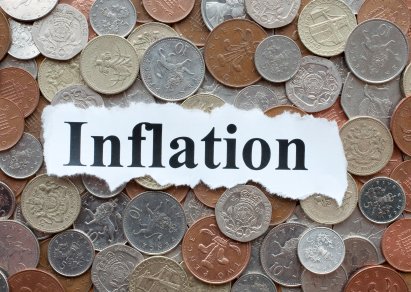 Since 2009, the Federal Reserve has purchased two trillion dollars worth of bonds in the open market. That is trillion, with a T. Which is ten times what the Fed had purchased in the previous ten years. So, with all this “printing money”…where is the inflation this ought to create? What most people don’t realize is that quantitative easing is not necessarily the same as just “printing money”.

Well, to paraphrase a line from Mel Brooks, “It’s good to be the bank!”. Brooks actually said “it’s good to be the king,” but here’s the point I’m trying to make. In late 2008, the Federal Reserve started paying banks interest on “excess reserves” left at the Fed. So, rather than lend out money to businesses and spur the economy, which involves risks, the banks could leave the money at the Federal Reserve. Their money left at the Federal Reserve earns risk-free interest. The Federal Reserve has also demanded banks increase their reserves, to avoid (or reduce) the chance of a 2008 meltdown again. So basically they were looking to get the banks on solid footing. So where is the inflation? These moves by the Fed essentially broke the relationship between their bond purchasing and inflation. This is also a big reason why quantitative easing has shown such mediocre results a

s far as fostering any real spending or economic activity are concerned.

So how much have the banks left, as “excess reserves” with the Fed? Ready for this?

$1.8 trillion dollars. 90% the money created by the Fed is still sitting at the Federal Reserve Bank. The banks are earning a pretty nice interest rate, and aren’t taking any risks to earn it. Sounds like a pretty ideal situation for them to be in. Eventually individuals and businesses alike will create a higher demand for loans. There will be banks with pretty large reserves at that point, from all the time spent earning interest, and they will be willing to lend their money out. This would most likely result in inflation rates rising, but I suppose we’ll have to wait and see about that. So where is the inflation? Not here yet, but maybe coming soon.