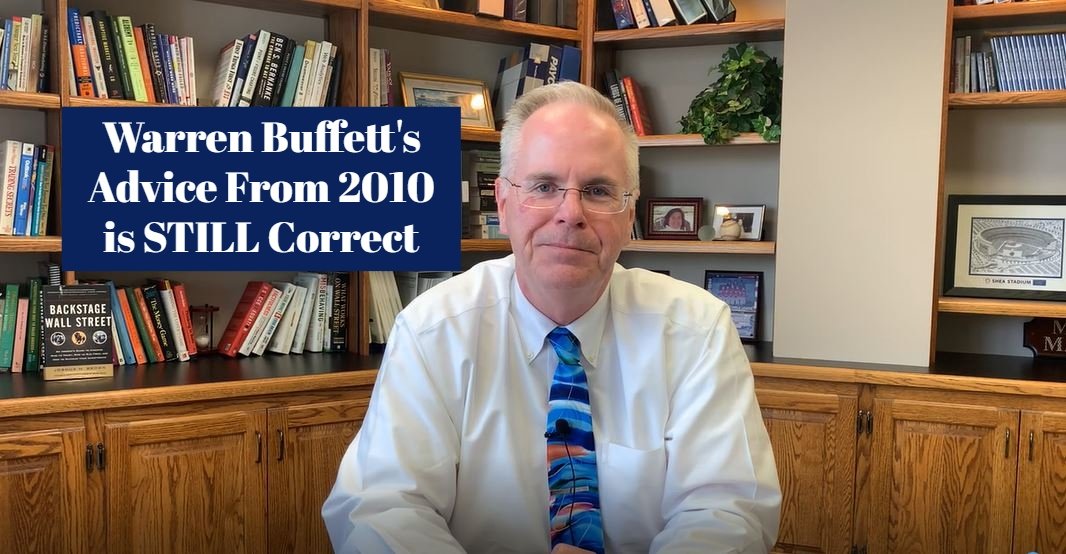 In 2010, Warren Buffett told shareholders why they pay such a “steep price” to keep so much money in the bank. Having cash on hand gives him the ability to sleep well at night.

In this video, Tom explains why 11 years later that is STILL good advice. Especially heading into a summer where the economy, and household spending, could skyrocket. Don’t overdo it.

Tom Mullooly: In episode 243, we talk about some advice that Warren Buffet gave in 2010. He’s still right?

Welcome to the Mullooly Asset Show. I’m your host, Tom Mullooly and this is episode number 243. Thanks for tuning in. Warren Buffet gave some advice at his annual meeting in 2010. It is still relevant today. So today, the personal savings rate across the country has skyrocketed that’s because there hasn’t been any travel. People haven’t been able to go out to eat. A lot of people just had to cut back, and so money started becoming stockpiled in the banks and in brokerage accounts.

But now as things are starting to open up, we’re finding out that getting a seat on an airplane, not so easy. Finding a rental car where you want to go on vacation, again, not so easy. So folks are going to overdo it. That seems to be the consensus.

Now you may not need billions of dollars in cash, but there is some number, some amount that’s going to help you sleep well at night. What is that number? That’s something only you can tell us. And that steep price that Buffett was talking about, the steep price is we’re not earning anything on that money. The steep price is what you pay for the safety.

When I talk to clients on the phone, they talk about, “Hey, I’m not earning anything at the bank.” And I say, that’s the cost of safety, of having some money that’s there in an emergency. But that cash can also serve as the firepower to make a move when everyone else is down on their knees. Who usually wins when there’s a recession or when there’s tough times going on?

The guy with the cash, someone who’s got cash is going to be able to make a move, make their strike when times are tough.

Conversations I had with an old attorney who would talk about his peers who did a lot of personal injury work, and when they would win a case, the first thing they would do is instead of putting money in the bank, they would go out and buy a Cadillac. And this is back in the sixties and seventies. Or they would buy a fur coat for their wife, or they’d go on a long vacation or they’d buy a summer home. They’d spend the money.

And a few months later, they’re back hustling for deals. If you’ve got cash, just think about this. Especially if you’re a business owner, you can invest that money back into your business. You can buy an asset like you can buy a building. That’s something that we’ve been kicking around over here. You could buy another firm. You could buy out your competitors.

Or if you’re an investor you can buy when the market’s down. How many times have you heard people say, “Gosh, when the market was down last year, I wish I had money. I wish I had some money to buy some of these things. There were real bargains out there.

Just remember that in most recessions, a lot of them are banking related. The banks in recessions are usually hurting, that’s because they got burned on some bad loans. And so the banks get religion and what do they do? They basically stop lending to everybody. So the people that have the cash always win. You’ve got to have a cash reserve all the time. It’s so important.

Here at Mullooly Asset Management, we have one year of expenses, banked. It’s sitting in a bank, it’s earning nothing, but I have to tell you, just having that amount of money sitting in cash has drastically changed the way that we look at spending money here in the business. And it also changes our opinion on investing. It’s so important.

A lot of times we’ll run into folks or folks will come in here and they want some financial planning help. Really what they need is help getting their balance sheet to be balanced. They’ve got a lot of debt, they have no cash, they have no emergency fund or their emergency fund is sitting in Tesla or GameStop or something silly like that. That’s not what your emergency stash is for.

So the emergency stash helps you sleep well, but it can also be the firepower to help you move to the next level. That’s the message for episode 243. Thanks again for tuning in.