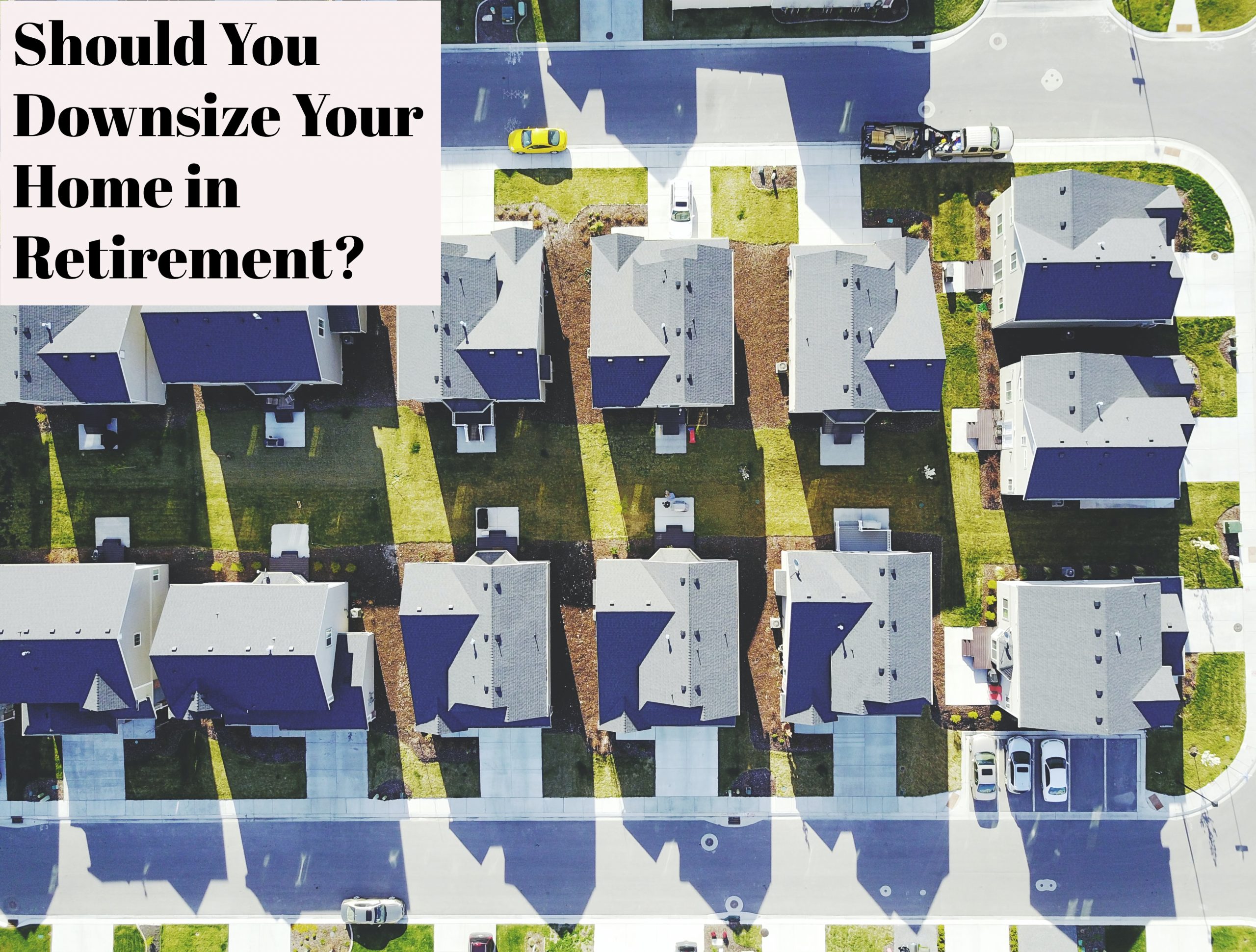 Retirement is one of the biggest financial decisions you can make. It has far reaching implications across all areas of life. Another decision that often goes hand-in-hand with retirement is deciding whether or not to downsize your home.

Most Americans believe that owning a home is a smart and safe investment. But it also has intangible value… because that’s where the majority of your life is going to happen. And you can’t put a price on that.

As life goes on, maybe your family will expand and more space will be needed. You’ll accommodate accordingly and the house will probably feel stretched to the max with everyone’s stuff. But then the kids will grow up, go to college, and eventually move into places of their own. Which leaves many parents feeling like they have too much house for only one or two people.

The question then becomes, should you downsize your home in retirement?

You don’t have to wait to downsize until retirement. But, in many cases, the timing of adult children moving out of the house coincides with the retirement decision. So it’s usually top of mind.

Housing is usually the largest expenses folks have. And that expense will continue to be there to some degree. Everyone needs to live somewhere. The decision to downsize in retirement won’t completely get rid of the housing expense, but it should lower it.

29% of senior households owe money on a mortgage. And housing costs make up about a third of the average American’s budget.

As we’ve said before, the sustainability of a financial plan is more based on what retirees spend, rather than the dollar total in their investment accounts. This is where the appeal of paying off a mortgage, or downsizing, comes in.

From a dollars and cents perspective, the decision to downsize would probably be of benefit to most folk’s financial plans. Less house, generally means less money spent. And less money being spent each month generally increases the likelihood of a “successful” financial plan.

And if you have lived in the house for a long time, odds are you probably stand to make a profit on the potential sale as well. Which could further pad savings or investment accounts.

While the financial ins and outs of this decision all seem to line up, there is one “tough-to-quantify” aspect… IT’S YOUR HOME!!

Homes are emotional. They store memories of growing up and growing older. They provide familiarity and routine. And they give your family and friends a familiar place to come and visit you.

That’s not to say those things can’t be recreated in a new place, but there is a very real, understandable, resistance to moving. The decision is not strictly a financial one.

The current state of the housing markets has to be considered as well. While you might stand to make a nice chunk of change on the sale of the home, housing affordability is at its lowest level in recent memory.

“…Monthly principal and interest payments on an average-priced home, by a buyer who puts 20% down, has gone up by roughly $600 —44% — since the start of the year.”

It is a complex and important decision. It is our job, as advisors, to walk you through the financial implications of the different scenarios.

We help folks make this decision by first understanding their current situation as thoroughly as possible. We’d compare current cash flow (including mortgage payments, property taxes, general housing upkeep) with what cash flow would look like if they downsized. We’d also run the numbers to look at what a downsize would mean for their investments, as it could change the amount of risk needed to achieve goals.

Ultimately, we would arrive at how the downsize affects their portfolio distribution rate.

Getting the financial side of the equation ironed out is an important first step. Once you know the numbers, then you can focus on the intangible aspects of leaving your current residence for something smaller.

Our job is not to tell our clients how to spend their money or live their life. It is to help them understand their options and guide them into making the best decisions for THEM.

If you need help making this decision, get in touch with us!