Roth IRA Conversion: Why You Don’t Make Too Much to Contribute 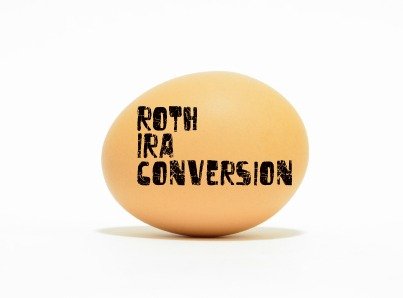 Tom and Brendan talk about traditional and Roth IRA’s briefly in this podcast. They’ve covered that topic in a previous podcast, and if you missed it you can find it here. For the purposes of today’s podcast investors need to know that traditional IRA’s are taxable when distributed. Conversely, Roth IRA’s are not taxable when distributed. However, when traditional IRA’s were created they were not taxable. They were a great way for people to get a tax break (short term incentive) and save money (long term incentive). You could put up to $2,000 into an IRA in March or April and not be taxed on that income. In 1986 the Tax Reform Act took away the deductibility for most investors. They did this by introducing income based contribution limits. Often when you take away the short term incentive (in this case – the tax break) people lose interest. So many investors stopped contributing to IRA’s.

A conversion is an option. While contributions have to meet an income limit, anybody can convert a traditional IRA into a Roth IRA.

Tom goes over the steps involved with performing a Roth IRA conversion. One thing that you need to be aware of is the Pro-Rata Rule. Tom goes over what that rule entails. If you’ve always thought you made too much money to contribute to a Roth IRA, you need to check out this week’s podcast! Tom will outline the simple steps for you. Anybody can do a Roth IRA conversion, or backdoor Roth contribution. You just need to know the basics involved and things to look for before doing so. As always, you should consult with an Investment Adviser before making any decisions as well.