There has been an increase in the amount of pitchers needing Tommy John surgery in baseball recently. This surgery is one of the toughest to recover from, often taking over a year of rehabilitation.

One player has recently been going through this, Zack Wheeler a pitcher for the New York Mets. Wheeler had the surgery last March and has been working his way back ever since. He received some bad news on Tuesday, as he experienced elbow discomfort while throwing. The worst thing a player recovering from Tommy John surgery can do is rush the rehab process to try to make it back to the Big Leagues sooner. When players do this their risk of re-injuring their elbow increases substantially.

The success rate for a player having Tommy John surgery twice is very low. Rushing the rehabilitation process back from Tommy John can ruin a player’s career.

Now what does Tomm 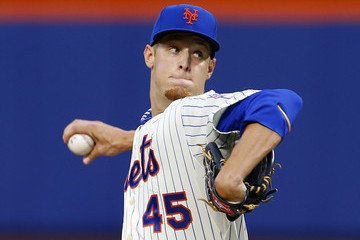 An investor must have a plan that is appropriate for their level of risk and time horizon. If the investor is still 20 years away from retirement there is plenty of time to make back the 10% loss they incurred last quarter. The investor can take a calculated amount of risk in a strategy they’re comfortable with. The alternative is trying to make the losses back in a hurry — by taking on an amount of risk, and makes them pull their hair out.

An investor could make back their losses quickly if he/she is willing to take on an extreme amount of risk. They could pile their funds into triple leveraged ETF’s and cross their fingers the investment goes up.  Although this may work every now and then, the smart investor knows this is not a sustainable game plan. This strategy could eventually blow up the investor’s entire retirement account.

A pitcher recovering from Tommy John could risk it and rush his rehab process to try to make it back in less than a year. As with investing this could work for some players, but the smart player knows not to rush the recovery. The risk of re-injuring the elbow is too high for the player to take on.

Sometimes investors seem to forget they are investing for RETIREMENT. The day-to-day, month to month or even quarter-to-quarter performance is not what is important. What is important is avoiding unnecessary risks that will blow up the investor’s account and force them to work until they’re 92. The same can be said for a baseball player rehabbing from Tommy John surgery. Having a long healthy career is way more important than coming back to pitch a few games at the end of the season.

I know when investors see a drop of any kind on their statement at the end of the quarter it can seem like the end of the world. But the real problems occur when investors then think they have to make it back in a hurry. It is possible to recover from a down 10% quarter — it just might take a while.

However it is much tougher (and sometimes impossible!) to fully recover from an account blow up which occurs from taking on too much risk (trying to recover quickly). Recoveries from Tommy John surgery are the same way. Our friends at Baseball HQ performed a study on pitchers who went through Tommy John surgery. Of the pitchers receiving the surgery twice (trying to make it back too quickly) 88% of the pitchers never recovered enough to make it back into the Big Leagues.