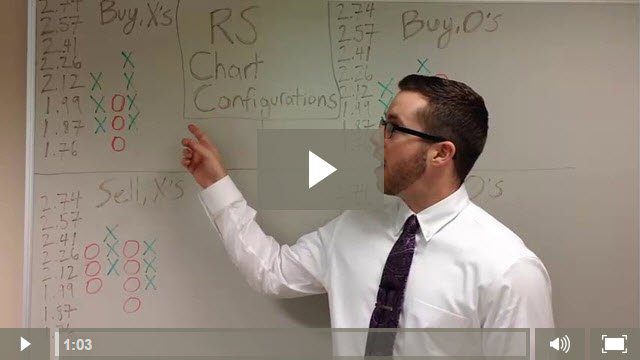 Compared to point and figure trend charts, point and figure relative strength charts are much more straightforward. Rather than identifying patterns, like the bearish signal reversal or bullish triangle, we are simply looking for two things: the chart’s current column and signal.

The four configurations that a point and figure relative strength chart can have are: