Learning from the Playoff Atmosphere 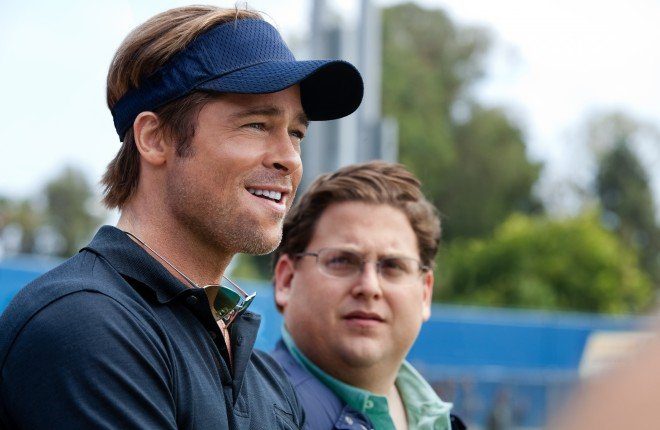 This is my favorite time of the year to watch sports. The NFL is back in action, but more importantly, October brings us the MLB Playoffs. We’re huge baseball fans here at Mullooly Asset Management, and this year is particularly exciting for us because our New York Mets are back in the post season after nine long years.

I’ve always found the playoffs to be funny in any sport though. We often hear the cliche during post game interviews that, “The better team won”, but is that always true? It depends on what time frame we’re talking about and how we choose to define “better”. In a playoff series, the team who wins was undoubtedly the better performer over however many games they played. Are they really the better team as defined by longer term statistical evidence though? We’ve all seen the regular season juggernauts crumble in the postseason. Does that make them statistically worse than the team that got hot and beat them in the playoffs?

If we’re measuring superiority in a statistical sense, the better team does not always win in the playoffs; just ask Billy Beane. Billy Beane has been the GM of the Oakland A’s since 1998, and most people recognize his name from Michael Lewis’ book Moneyball that was made into a movie, starring Brad Pitt. Billy Beane, Bill James, and Sandy Alderson are a few of the biggest names who have been credited with introducing statistical player analysis to the MLB.

Although each practitioner has their own personal input regarding which statistics are the most significant determinants of baseball prowess, they’re all attempting to accomplish the same goal: objectively measure a player’s worth. They want to eliminate emotions, feelings, and other conflicts from the equation, and it’s certainly caught on. Bill James said in 2008 that every team was using some form of statistical analysis, and Billy Beane is on the record saying:

“The people that we’re hiring and other baseball teams are hiring, we’re competing with the Apples and the Googles of the world.”

These evidence based methods of player selection remind me of rules based factor investing. Implementing evidence based investment factor strategies in a systematic fashion have shown impressive results over time. Common investment factors that people like to target include value, momentum, and low volatility. Over at GestaltU they recently wrote about these factors, stating:

“Factor tilt portfolios are consistent with the systematic, rules-based nature of passive indexing, but are constructed to take advantage of well-known and intuitive market inefficiencies to yield excess returns over time. These excess returns are highly significant; more significant even than the equity risk premium itself. Factors appear to exist because of universal behavioural or risk based phenomena across global markets, and have persisted since the dawn of markets.”

In addition to offering excess returns above the equity risk premium, they most certainly offer better returns than relying on the star mutual fund manager and their “secret sauce” or “great intuition” for picking securities. While we need experts to create systematic models and help us understand why factors are significant, it has been irrefutably proven that evidence based models beat experts at decision making.

The problem for Billy Beane and other proponents of statistical analysis in baseball is that the most statistically robust team doesn’t always win the World Series, or even have a good season. The Oakland A’s have done well under Beane, but they have a history of falling short in the post season. They’ve gone through their fair share of underperformance, just look at their 2015 season for an example.

Using large sample sizes increases the validity of any statistically significant findings discovered within, but it also doesn’t guarantee anything over the course of one season, let alone one playoff series or individual game.

People always say that when it comes to the playoffs, all you have to do is get there. Guess what? They’re right. Any given team can get hot in the post season and win the championship. Remember when the Giants stunned the undefeated Patriots in Super Bowl XLII? That’s the beauty and entertainment value sports bring us. When you condense the sample size into just a few games, the outcomes become more random. The statistically superior team doesn’t always win.

Things aren’t much different in the market. Michael Batnik of Ritholtz Wealth Management recently shared an interesting data point on his blog:

When you condense security analysis into shorter periods like a year, quarter, month, or week the outcomes become increasingly random. You could be using the most statistically significant investment factor screen ever created, but over the course of one year, there’s a solid chance it might tank.

If there’s a “problem” with these statistically significant investment factors, it’s that they don’t always work and definitely suffer from periods of underperformance. When you stretch the time horizon out from the shorter term (weeks, quarters, months, a year) to the longer term (multiple years, decades), you’ll begin to see why various investment factors have become popular. The long term is where they earn their reputation. Unfortunately, that’s also where it becomes increasingly difficult to hang on for the ride.

So what can the playoff atmosphere teach us about investing? Over shorter periods of time, random results can, and will, occur. This is true of the MLB playoffs and individual years in the market. There are ways to stack the odds in your favor that are predicated upon statistically proven evidence. This type of evidence based decision making can benefit baseball GMs and investors alike if they’re ready to adhere to its principles over the long term.