Inflation and Investments in 2021: What to Know 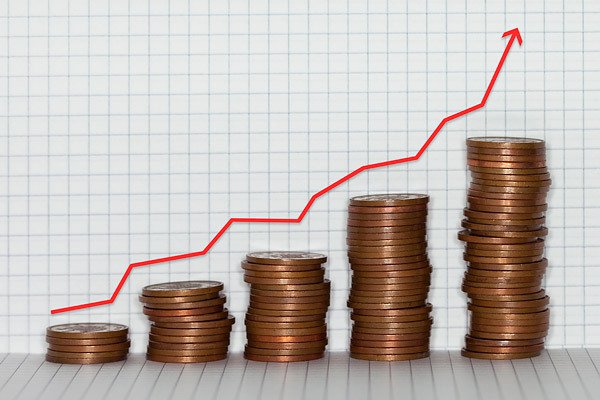 There was plenty of other things to worry about in 2020, but 2021 has seen the return of a familiar worry: inflation.  While it could be seen as a good sign that worries elsewhere are easing, inflation has certainly piqued national interest once again.  In fact, a recent study found that people are Googling the word “inflation” at a rapid rate, with a peak not seen since 2008.

Spending by the US government over the last year has been the major source of these inflation worries.  The COVID-19 pandemic forced 6 major stimulus bills, so far, with roughly $5.3 trillion being pumped into the system.  While the stimulus bills are meant to help those across the country struggling financially because of the pandemic, will it cause inflation?

Fed Chair Jerome Powell has said that inflation is likely to pick up as the economy recovers from the pandemic, but he believes it will be temporary. A spike in inflation is very different from sustained inflation.  Powell has also stated that the central bank plans to keep short-term rates anchored near zero through 2023.

As you consider any potential changes to inflation we may be seeing this year, here’s a reminder about what inflation is and how it can affect you and your investments.

Inflation is defined as an upward movement in the average level of prices. Each month, the Bureau of Labor Statistics releases a report called the Consumer Price Index (CPI) to track these fluctuations.

The CPI was developed based on information provided by families and individuals on purchases made in the following categories:

While it’s the commonly used indicator of inflation, CPI is not the end all be all for inflation, and it often comes under some scrutiny. For example, the CPI rose 1.4% between January 2020 and January 2021 – a relatively small increase. A closer look at the report, however, shows the movement in prices on various goods tells a different story. Used car and truck prices, for example, rose 10% during those 12 months. There is plenty of nuance that goes into this economic data. It’s important to analyze under the hood, and look at the full picture.

Inflation can affect investments in several ways. Most notably, it can reduce the rate of return, risk purchasing power and influence the Federal Reserve.  While history can serve as a guide to what happened in the past, it doesn’t mean that investments will react the same way to changes in inflation every time moving forward.  Each situation is has its own set of circumstances.

Inflation puts your purchasing power at risk. When prices rise, a fixed amount of money has the power to purchase fewer goods and services.

In addition, inflation can influence the actions of the Federal Reserve. If they want to control inflation, the Federal Reserve has several ways in which it can reduce the amount of money in circulation. Hypothetically speaking, a smaller supply of money means less spending – which could equal lower prices and lower inflation. The Fed is there to step in when things get out of line, in either direction.

With so many changes over the past year or so, it’s no wonder investors and consumers are concerned about the rate of inflation today. Your financial plan is created to withstand changes in inflation over the years, and slight moves in either direction isn’t grounds to rip up the script.  If you’re worried about inflation, we would happy to discuss this more with you.  Click here to schedule an initial call with one of our team members.  There is no cost or obligation!