Dividends Are Not Deductible: Interest Payments Are 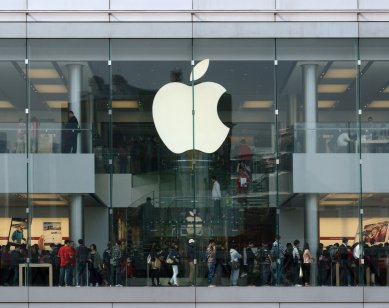 If you run a business, you learn pretty quickly that dividends are not deductible. But interest payments are deductible.

Apple announced this week, during their earnings release, a huge dividend for Apple shareholders. You may know that Apple has been said to hold nearly $145 billion in cash. Actually, large portions of that cash is held overseas. And Apple would face additional taxes if it were to bring that cash back home to the US.

So why the sudden “generosity” on behalf of the Apple board of directors?
They are not as generous as you may think. In fact, the decision to distribute the dividend to shareholders was very shrewd.

In addition to the knowledge dividends are not deductible, it’s equally important to realize interest payments are deductible. Which is why many folks scratched their heads the other day when Apple announced they would borrow money for the first time EVER to pay out this dividend.

As you likely know, about two-thirds of the $145 billion of cash on Apple’s books is held in overseas subsidiaries, and Apple would have to pay U.S. income tax if it used that money in the U.S. So instead of bringing in money from overseas to pay for its stepped-up stock buybacks and higher cash dividend, Apple will borrow money instead.

It’s a perfect tax arbitrage. Let’s say Apple borrows money at an interest cost of 3% a year (which is more than it would likely pay), and uses it to buy back stock at the current price of about $410 a share. Each share that Apple buys back will reduce its annual dividend obligation by $12.20 a share, at the company’s current dividend rate. The interest on the borrowed money would be $12.30 a share — about the same as the dividend. But interest is tax deductible, and dividends aren’t.

At a 35% tax rate, the borrowed money would cost Apple $8 after taxes for each share it bought back. That’s significantly less than the $12.20 after-tax cost of its $12.20 dividend. At a 25% tax rate, the borrowing would cost $9.23 after taxes — but that’s still less than $12.20. So lowering the tax rate to 25% from 35% doesn’t remove Apple’s incentive to play the deduct-interest-to-retire-stock tax game. It would be less lucrative than it is at 35% — but it’s still lucrative. And, by the way, the borrowing-to-buy back maneuver would not only reduce Apple’s taxes, it would increase its earnings per share.

While people may love Apple, and their addictive products, they may have different feelings about how the company is reducing taxes by merely knowing dividends are not deductible.
Or do they?

If you run a business, it is crucial to be mindful of tax basics like the concept dividends are not deductible. But interest payments on debt CAN be deductible.
In fact, much of the “Preferred Stock” Market is essentially debt that has been re-packaged by Wall Street as Preferred shares paying quarterly dividends. First created by Lehman Brothers for their client, Enron, this “trust preferred” strategy proved to be a lucrative way for corporations around the globe to raise money and reduce taxes. In fact, most “preferred stocks” are actually VERY long term bonds (in some cases, 30 to 50 year subordinated debentures), held in a trust, then re-packaged and sliced into $25 par preferred shares. The parent company makes interest payments on the debt held by the trust. But the trust distributes that income as a dividend to the preferred shareholders. Technically this is an example of “off-balance sheet” financing. It’s actually a pretty well-thought through tax scheme, and offers benefits to both sides of the transaction. If you ran a company, you might likely want or need a strategy to reduce the taxes owed by your business.